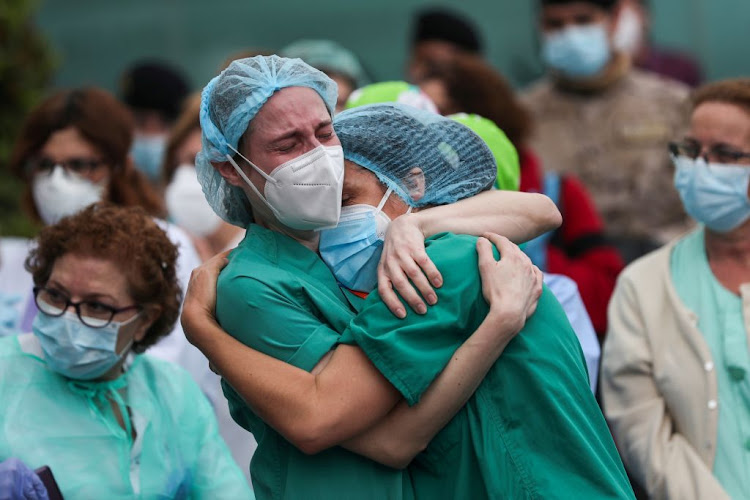 Ntombizakithi Ngidi, a nurse at Tygerberg Hospital, was one of 11 new victims reported on Friday, taking the provincial death toll to 87 (up 14.4%).
Image: REUTERS/Susana Vera

A second nurse has died of Covid-19 in the Western Cape, premier Alan Winde said on Friday.

A nurse at Tygerberg Hospital, was one of 11 new victims reported on Friday, taking the provincial death toll to 87 (up 14.4%).

“This is the second nurse we have lost to Covid-19 in the province, following the death last week of Petronella Benjamin, who was one day away from her retirement,” said Winde.

His statement came as confusion reigned in the ANC about a call for the return of full lockdown in the Western Cape.

“The ANC wants special lockdown measures tightened during these extraordinary times to lower the fast growth in death, hospitalisation and confirmation rates in this province,” he said.

Twenty minutes later, the ANC withdrew the statement without explanation.

Smith said large groups of people were being exposed to possible infection at shopping centres, farms and factories.

“Mass congregation of people during time to walk or practise for sport in the mornings has become a source of further concern. This might cause more infections in a strained province.”

Smith said the ANC realised full lockdown would have a “dire impact” on the Western Cape economy and education possibilities. “But let's rather act now before it is forever too late. The spread can still be controlled.”

On Thursday, health minister Zweli Mkhize said he and President Cyril Ramaphosa would visit the Western Cape next week in an attempt to arrest the spread of the virus in the province.

Police are probing how a nurse who was among a group of health-care workers tested for the coronavirus died in a toilet at Addington hospital.
News
1 year ago
Next Article