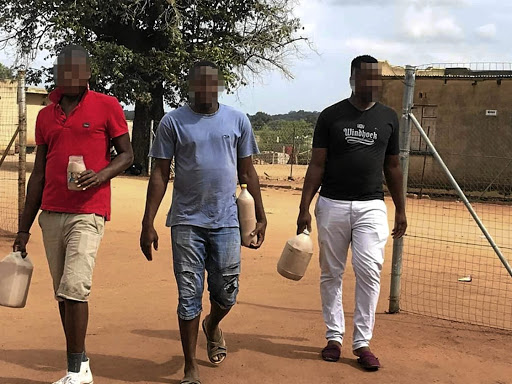 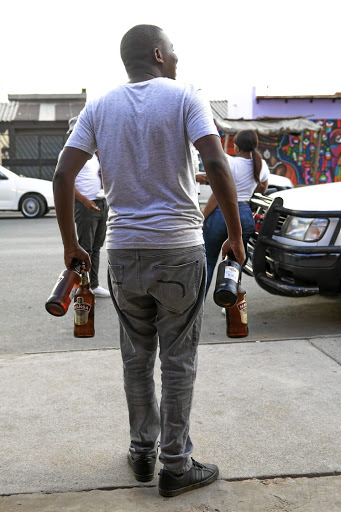 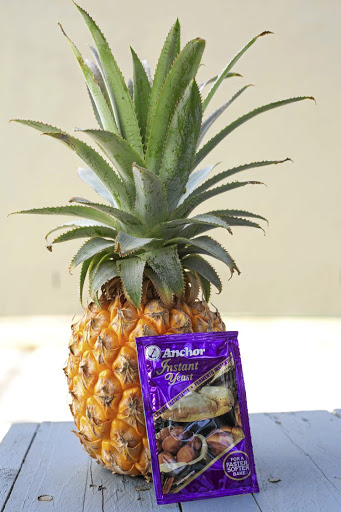 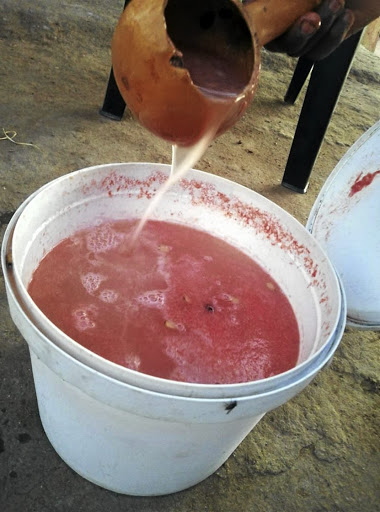 The ban on the sale of alcohol has been in place for exactly 43 days, but nothing, it seems, can stop people from quenching their thirst.

People across the country are finding ways of brewing their own alcohol, some are even selling it at inflated prices.

In Bolobedu, Limpopo, residents are using a well-known sorghum beer and adding watermelons to put a twist on it.

One of the drinkers who asked to remain anonymous told Sowetan that 2 litres of home-brewed beer costs R35. Before the lockdown, he used to buy it for R25.

"We are aware of the inflated prices of traditional beer, but we don't have a choice. They will tell you that if the police can arrive and find the beer, they will pay a heavy fine of R1,000," he said.

Under normal circumstances, every house that sells the beer has an empty 20-litre bucket hanging at the entrance, but due to the lockdown, they have been removed the bucket for fear of being reported to the authorities.

Another beer drinker said they could no longer gather around and enjoy the drink where they bought it.

"You just buy and leave. And if you are from any other area, they won't sell it to you because they will think you are there to spy on them," he said.

A DIY brewer said he harvested the watermelons from his small farm and said for four-litre bucket he needed at least 10 watermelons.

"I cut open the watermelons and remove the skin. I then place them in a bucket and close it for two days to allow the brew to ferment properly...

"We are going back to our roots and are doing things the traditional way," he said.

'Social drinker' in me starting to regret not stockpiling the wine

I am not an alcoholic. Right? So, like the minimalist that I am, I selected a few bottles of my favourite wine. One glass with a great meal on some ...
Opinion
10 months ago

A popular recipe uses apples, sugar and yeast to brew.

The process of making the homemade liquor takes about seven days and the apples must be cooked and sealed in a container.

Those who have spoken to Sowetan said they were not worried whether the lockdown would be extended or not because they were sorted out.

Jacob Mtshweni, of Johannesburg, said the taste was refreshing.

"I decided to make my own to survive the lockdown. I made 20 litres of it. The liquor is stronger than the ciders made using apples. One glass and you are sorted, believe me," Mtshweni said.

Mtshweni said he was aware that the homemade liquor might pose danger to his health, but said he was forced to make it because of the ban.

Nomandla Zulu of Mandeni in KwaZulu-Natal, said: "I was tempted to try it after finding a recipe on the internet. I followed it and it produced something tasteful. I have enjoyed it that I have also shared the recipe with my friends and we love it."

In parts of Mpumalanga, umqombothi has become a hit with young people.

The local liquor industry says it’s concerned that SA's ban on alcohol during the lockdown is inconsistent with the global approach.
News
9 months ago

"We had ways to get the beers at first, but it became scarce and landed me in police cells. I can't live without drinking anything stronger than coffee. So, I started tasting umqombothi. At first I added ice cream but now, I drink it as it is," he said.

A two-litre container is sold for R30. The normal price is between R5 and R10.

A brewer, who didn't want to be named, said they had to increase prices because they knew that they had no competition from bottle stores and drinking holes.

"We always sell our homemade beer to the older generation, but the lockdown has become a blessing in disguise because everyone wants umqombothi and it's selling very fast.

"We are aware that it is illegal to sell alcohol now, but what can we do? This is the only business we know for survival and with this high demand, it is our chance to also make money before the lockdown ends," she said.

Another said: "They stopped selling the ingredients in stores, but we always had a traditional way of fermenting umqombothi..."

Police have warned those breaking the law.

National police spokesperson Brig Vishnu Naidoo said: "This is regulated by the Liquor Act and when the police receive information, they act on it. As you may agree that it is difficult to know when people are brewing such in their own homes, especially if it is for personal consumption."

According to World Health Organisation (WHO), alcohol consumption contributes to three million deaths a year globally as well as to the disabilities and poor health of millions of people.

It was the leading risk factor for premature mortality and disability among those aged 15 to 49 years, accounting for 10 percent of all deaths in this age group.

Whenever you saw them in town or at the beach, they always held hands.
News
9 months ago

Stores, hotels across the country targeted for booze

Police are searching for four men who allegedly robbed a KZN bottle store of thousands of rand worth of whiskey.
News
9 months ago

The SA Revenue Service (Sars) is set to lose almost R300bn in tax revenue due to the economic impact of the coronavirus and the latest sovereign ...
News
9 months ago
Next Article