Stores, hotels across the country targeted for booze 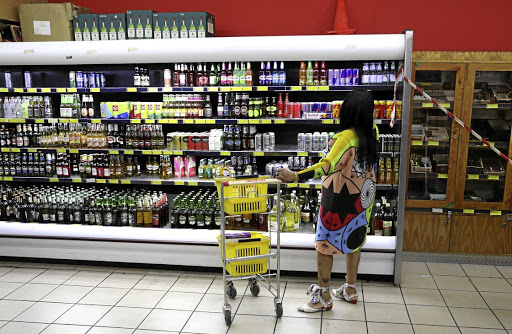 Police are searching for four men who allegedly robbed a KZN bottle store of thousands of rand worth of whiskey.

Capt Nqobile Gwala said the armed men allegedly held up a security guard at the business in Tongaat, north of Durban, on Tuesday evening before robbing him of his cellphone.

"They broke in... and took assorted liquor, a panic button and gate keys before fleeing the scene in their getaway vehicle," Gwala said.

First on the agenda for an armed gang who robbed a hotel in Rustenburg was alcohol.
News
1 year ago

"A bolt cutter and other tools used to break into the business were abandoned at the scene," Balram said, adding that the security guard was unharmed.

A week ago thieves made off with alcohol worth more than R60,000 from a Spar Tops store in the Free State.

Meanwhile, an armed gang searched for booze during a robbery at a hotel in Rustenburg, North West.

The suspects found some beer that was left in the fridges; most of the alcohol had already been removed, Tsogo Sun said.

The local liquor industry says it’s concerned that SA's ban on alcohol during the lockdown is inconsistent with the global approach.
News
1 year ago

First on the agenda for an armed gang who robbed a hotel in Rustenburg was alcohol.
News
1 year ago

‘If you cannot swallow a rock, stay out of politics,’ minister Tito Mboweni

Finance minister Tito Mboweni has shared with his 695,600 Twitter followers that to be in politics, you need to be able to “swallow a rock”.
News
1 year ago
Next Article