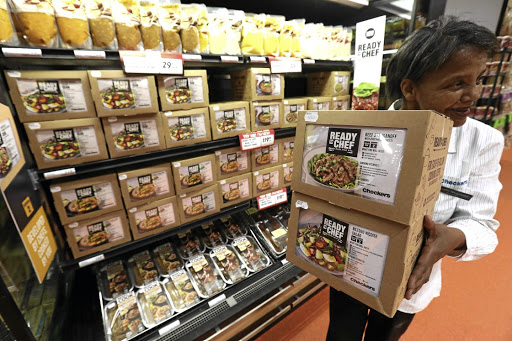 Donations big and small from 135,000 people in some of the country's poorest provinces have helped raise R1m for SA's Covid-19 Solidarity Fund.

The funds were raised via the Act for Change Fund operated at tillpoints at more than 700 Shoprite, Checkers and Usave stores countrywide since collection started on March 30.

The top three provinces in terms of contributions from shoppers are the Free State, KwaZulu-Natal and Northern Cape.

Shoppers at Shoprite Middelburg in Mpumalanga made the single biggest contribution to the fund, consistently donating more than R1,500 a day since end-March, said the Shoprite Group.

Among the other top contributing Shoprite stores are Kokstad in KwaZulu-Natal and Mahikeng in the North West.

Checkers Mahikeng came out tops among the Checkers stores countrywide, followed by  its supermarkets in the Kalahari Mall in Upington and in Kathu, both in the Northern Cape.

Among the Usave stores, Christiana in the North West collected the most money followed by Wesselsbron and Theunissen, both in the Free State.

The Shoprite Group has matched its customers’ contributions with another R1m, bringing the total raised for the fund to R3m, after the company's initial R1m donation in response to President Cyril Ramaphosa's call for help at the start of the Covid-19 lockdown.

All races must benefit from Covid-19 relief, says Tito Mboweni

The government needs to support all enterprises in its Covid-19 relief funding, regardless of race, says finance minister Tito Mboweni.
News
2 years ago

Pieter Engelbrecht, CEO of the Shoprite Group, said its customer generosity has “surpassed all expectations, with contributions from rural supermarkets reaching unprecedented levels”.

“Every contribution counts and we are deeply grateful to each and every one of our customers who made a donation in this time of great need and dwindling resources.”

In addition to its support for the fund, the Shoprite group has donated surplus food to the value of R9m to 233 non-governmental organisations since the start of the lockdown.

Nomkhita Nqweni, the CEO of the Solidarity Fund, said: “The efforts of all the Shoprite, Checkers and USave shoppers who elected to make donations will ensure we can continue to make a difference in our communities and protect our front-line emergency workers.”