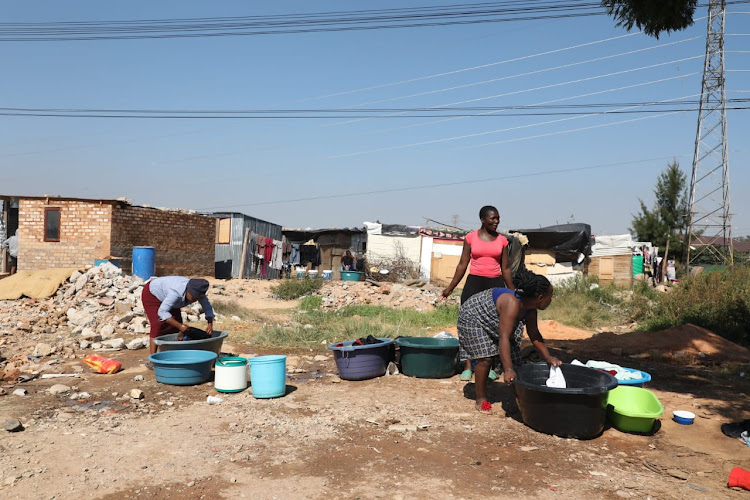 A group of civil society organisations have identified gaps in the government’s relief funding which has been allocated to boost the economy and help the poor during the current Covid-19 pandemic.

The Budget Justice Coalition (BJC) made up of a group of civil society organisations described the economic measures announced by President Cyril Ramaphosa as punitive to the poor and working class and “more protective to business”.

BJC said there is more evidence that millions of South Africans are suffering as a result of loss of income and restrictions placed on the informal market by the lockdown regulations.

“This threatens to undermine the initial progress made in the public health response to the disaster. Given the likelihood of ongoing restrictions on work and movement… BJC believes the state can and must do more to prioritise its available resources to support the healthcare needs, incomes, livelihoods and access to food for everyone,” the coalition said.

It said as government makes savings on travel, accommodation and infrastructure spend, these “should not be saved as unspent funds, but rather reallocated once the lockdown is over in order to help stimulate the economy”.

Residents of Gcilima, a semi-rural area on KwaZulu-Natal's south coast, are caught in a political food fight after a member of the IFP was allegedly ...
News
2 years ago

Bread is not a meal for a working man: Truckers on hunger and job fears

Truck drivers who spend hours on the road, dependent on getting hot meals at their rest stops nestled in petrol stations along their routes have told ...
News
2 years ago

“To-date, no clear indication has been given about which line items will be targeted for savings. In the past, BJC has raised concerns around declines in per capita expenditure on health, education and housing. While it recognises that some projects will be halted as a result of Covid-19, many of these can be postponed to the next budget year,” BJC said.

Last month, Ramaphosa announced a R500bn economic and social support package to stimulate economic recovery hampered by the coronavirus pandemic. The stimulus package amounted to 10% of GDP. Government set aside R100bn for the protection of jobs and the creation of jobs. An allocation of R50bn was set aside towards relieving the plight of those who are most desperately affected by the coronavirus.

Municipalities will have R20bn for emergency water supply, sanitation, supply food and shelter for the homeless. The rest of the funding will be raised through the Unemployment Insurance Fund, the World Cup, International Monetary Fund, African Development Bank and the New Development Bank.But BJC raised concerns about the use of international funding institutions in sourcing money to boost the economy.

“Historically, finance from the IMF and World Bank has come with huge costs, including requirements to cut future spending, that have negatively impacted many countries in the Global South. BJC thus demands transparency on the conditions the government may be exposing future generations of South Africans by taking money from these institutions,” the coalition argued.

BJC further raised concerns on the R200bn loan scheme which will be guaranteed by the government to help small businesses.

“As the Treasury is guaranteeing these loans, they could end up having implications for future expenditure. If there are many defaults on the loans, the cost will be absorbed by the public purse. As a contingent liability, the loans can and should be absorbed by the South African Reserve Bank instead,” BJC said.

BJC also wants a clear commitment that job retention is a condition of the finance guarantees and the R70bn in tax relief for businesses. The coalition also raised concerns about the high levels of hunger.

“The total budget allocated for social grants is not adequate. At least 55% of SA’s population (30 million people) live below the Stats SA poverty line of R1,267 per person per month and yet the R50bn allocated for the social grant component of the disaster relief package represents only a tenth of the total economic relief package of R500bn,” BJC said.