1,600 families to be moved out of cramped shantytown 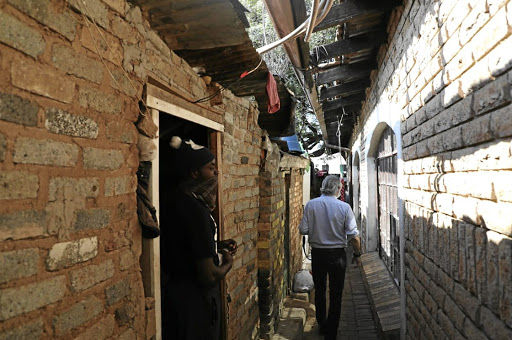 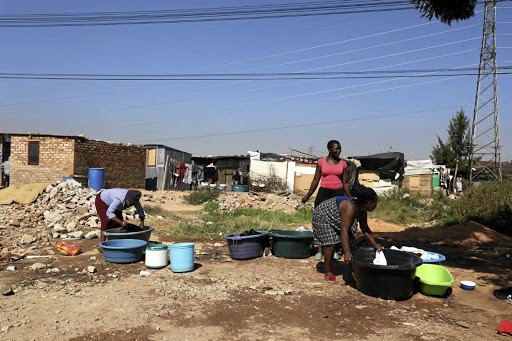 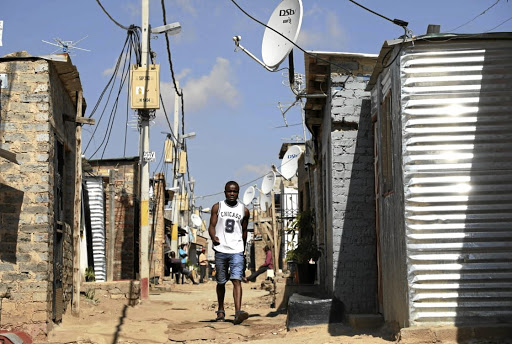 The days of worrying when heavy rains hit Setjwetla informal settlement could come to an end for thousands of its residents.

SA citizens living in the over-populated informal settlement in Alexandra, Johannesburg, will be moved to temporary shelters as the City of Johannesburg implements plans to de-densify overcrowded areas.

Yesterday, the city announced that it would be taking 1,600 people and their families who qualify for government houses to two temporary shelters - one in Marlboro and another in Marlboro Gardens.

The project does not cater for foreign nationals.

The city said these residents will later be allocated houses in new developments which are in the city's plans.

One of the residents George Vayise said he was relieved to hear the news.

"Let them come and take us to a better place. I cannot wait for that day. I really do not like living here. This place is not good for us," Vayise said.

Vayise, 61, lives in a small shack situated just five metres from the Jukskei River. He arrived in the informal settlement in 1992. He had been living in the hostel but had to find another place due to political clashes in the apartheid era.

Due to the proximity of the shack to the river notorious for flooding, he is forced to spend nights with friends during the rainy season.

"I can hear the river when it is picking up. People living upstream also give us the alert that the water is rising and I have to sleep at friends' houses until the water subsides."

Vayise applied for a fully subsidised house in 1996. He produced the document as proof. He lives alone in a one-roomed shack and his children are back in the Eastern Cape.

"I have watched people leave this place and getting houses elsewhere. I have seen people leave for Riverpark, Braamfischer, Diepsloot, and Extention 7 and Extension 8 of Alexandra. Foreigners got RDPs ahead of me and moved to new houses and a better life while I stay in a shack. I can't wait to leave this place," he said.

Setjwetla was identified by the government as a high-risk informal settlement due to the number of people living together in a small space.

The relocation announced by Johannesburg MMC of housing Mlungisi Mabaso is expected to take place in three to four months.

Mabaso has tasked the local councillor to start "engaging" qualifying residents to allow the government to move them.

Mabaso said the relocation of qualifying South Africans from Setjwetla is aimed at reducing congestion in the settlement, something which has been identified as a risk factor during the coronavirus pandemic.

"On our side as a department we are ready, we are just waiting for the councillor to finish his engagement and then we start with our programme. Out of 5,100 households that are here, we will move 1,600 to the identified sites.

"We have a few sites in this region which have been identified for development. That is why we are moving only people who are eligible to subsidies; it is the same people that will be allocated once those developments are completed. As you know construction is a long-term process, but for now we need an interim solution to deal with the congestion of this informal settlement.

"I am not going to mention the area right now because immediately we mention the site identified for development, people will start invading. But we do have the land, we do have a plan, we have partnered with private sector as well because we are going to have a mixed-development for Alexandra," Mabaso said.

"We are not going to force them out. We are going to engage them. We will have to make them understand that this is part of developing Setjwetla, so we need their cooperation," he said.

Another resident Grace Khunou said: "Life here is tough. About 20 families share one toilet. How are supposed to keep hygiene in a space like this? We really want to leave this place. We've been here for too long."

Khunou, 62, arrived in Setjwetla in 1994. She works as a domestic worker in Sandton in order to take care of her three grandchildren whose mother died.

Other residents told Sowetan that their main concern would be to move into a space smaller than their homes in Setjwetla.

"I live with six children in my home. I would not want to move into a temporary shelter that is too small for us as a family," said Adelina Letsatsi who has a five-room shack.