The good, the bad and the lonely: Life in hotel quarantine for South Africans returning from overseas

African countries have been among the last to be hit by the global COVID-19 coronavirus epidemic but as cases rise, many nations are now taking strict measures to block the deadly illness.
Image: Luca Sola / AFP

A culinary arts student who was forced to cut her learnership short and return to SA in March due to the coronavirus on Monday described the horror she lived through during two weeks of isolation in a Johannesburg hotel organised by the government.

Kgomotso Molapo* shared her personal account of what transpired.

She said herself and her travel mates were fed the microwaved breakfasts, lunches and dinners which were usually given on aeroplanes. They were also given a single bottle of 330ml of water and were forced to purchase more if they required it. For those craving soft drinks, it would cost R50 for two cans. 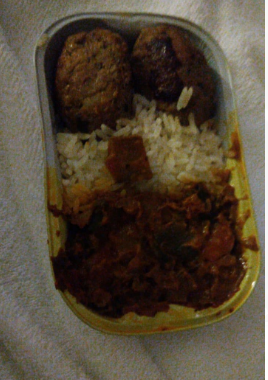 Some of the food that the students were fed while in a hotel undergoing self-quarantine after returning from the US.
Image: Supplied / Kgomotso Molapo

Kgomotso said their nightmare began when they landed at OR Tambo International Airport on March 24 and were informed that all of them had to be quarantined before being allowed home.

“Some were frustrated by this and really complained. The airport did not release our luggage so we spent quite a while there with police and nurses about us. They said they had booked a hotel for us and that there were buses outside waiting to take us to quarantine. There were three Iveco buses and we split into them. But when we got to the first hotel, we were told that there was no booking for us and we were sent back to the airport,” she said.

Once their buses returned to the airport, entry into it had been closed and it took some negotiation for officials to finally open the airport to them again.

“When we got inside, we found out that not everyone had gotten into the Iveco buses and some people had left and gone home because their luggage was released,” Kgomotso said.

“Officials could not tell us how these people were allowed to leave.”

Hours after landing, the rest of them were allowed to collect their luggage which had reportedly been strewn on the ground. 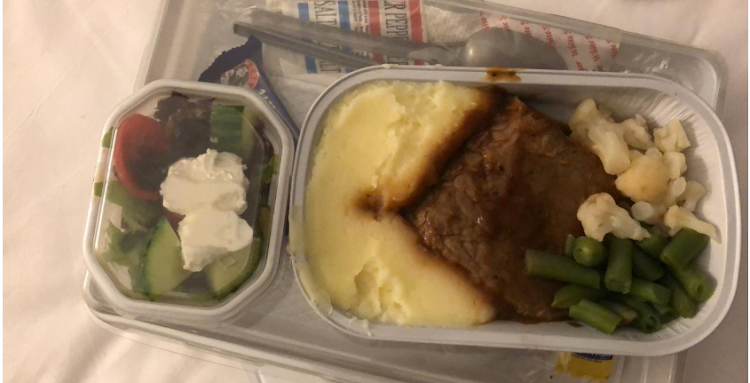 One of the lunches which were sometimes duplicated for dinner for students who were in quarantine in after their return from the US.
Image: Supplied / Kgomotso Molapo

“They then told us that whoever has transport is allowed to call for it to come and fetch them and they can go home. But there were some of us who didn’t have transport at that time and others were from KwaZulu-Natal and Mpumalanga even. Some called and were fetched and only those of us who couldn’t leave were asked to give our names and were booked into a hotel,” she said. 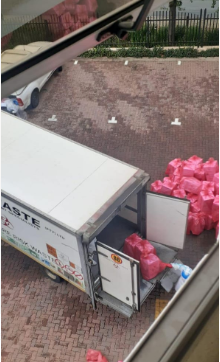 A delivery of the microwaved food served to those in quarantine.
Image: Supplied / Kgomotso Molapo

The next day, they were checked out from this hotel and moved into yet another one.

“Officials then asked us for numbers of those who had left saying they needed to come back to quarantine. We gave them the numbers but I think only two people came back by themselves after receiving the call but others did not,” Kgomotso said.

A day after being checked into the second hotel, nurses were brought in to test them for the coronavirus. The group, however, only received the results back on the day of their release from quarantine

None of them had the virus.

Kgomotso said in the 14 days that they were there, the food they were given gradually began to deteriorate.

On some days, the Left over lunch packs were distributed to the students again as their dinners on the same evenings, said Kgomotso.

Communicating via WhatsApp, some of those in quarantine started to reject the meals given, opting to leave them outside their doors for collection but their calls for better meals went unanswered.

In the hotel, life was lonely.

“We all stayed in our own rooms, as required. So it was basically about bathing and then watching TV or chatting on our phones or listening to music,” Kgomotso said.

They only saw the outside world from their windows. 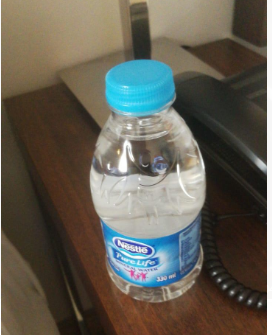 A single water bottle that was given to each of the students during their 14 day stay at the hotel.
Image: Supplied / Kgomotso Molapo

“We were not permitted outside or to mingle with each other because we didn’t know who had the virus and who didn’t.”

She described the time in isolation as bad.

“I don’t know if perhaps someone had spent the money which was meant to ensure we were properly cared for but it really wasn’t nice,” she said.

Once the pandemic is over, Kgomotso hopes to return to the US to complete her learnership.

SowetanLIVE's sister publication TimesLIVE  attempted to reach out to the hotel where Kgomotso and fellow culinary students were being kept.

Workers at the hotel said there was no-one immediately available to answer queries.

SowetanLIVE has decided not to name the hotel until it has given its officials a chance to reply.

While poor conditions have been highlighted in some of the quarantine facilities, one of the South Africans who has been housed at a hotel in Melrose had nothing but praise for the hotel.

Melissa Schnettler is among the 43 South Africans who were repatriated from Egypt and arrived in SA on April 23.

The groups' quarantine at The Capital Melrose in Johannesburg, paid for by government, is due to end on Wednesday.

The group was tested for Covid-19 on April 29 and they are still awaiting their results on Monday.

“We have been waiting for our results and have been told that there is a backlog and they will let us know.”

She described the conditions at the hotel as good and said they were served three meals a day.

Schnettler said she is housed in a hotel room with a bathroom and no balcony.

“I can open the window for air and that's it. I have been inside this room for 12 days except for one day they asked us to go downstairs to to get tested, last week Wednesday,” Schnettler said.

She said there had been no-one inside her room since she was admitted into quarantine. 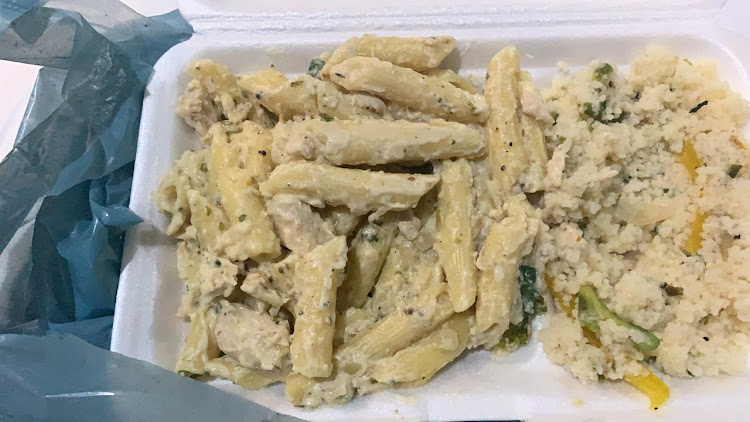 “Even the nurses that came twice a day for eight days testing temperatures were not allowed to come in. Food is dropped off outside.”

She said the hotel had set days for providing clean linen.

She described food provided to her as edible.

However, she described some of the lunch provided as a strange combination.

She described once receiving lunch pie and macaroni.

“We ate what was given to us and we are thankful. I  can honestly say my food was not bad.

“It was not what I would prefer. It was healthy. It was edible. But mine was most of the time cold,' Schnettler said.

On Monday, it was revealed in parliament that government had spent well over R28 million in private hotel accommodation for South Africans who had been repatriated and quarantined at government's expense since the coronavirus outbreak.

The department of public works and infrastructure told parliament on Monday that as of last Thursday, 4,427 people were in quarantine across the country. The majority — 3,280 — were in Gauteng.

More than 3,000 South Africans return as others devise new plans to come home

Thirty-four South Africans who have been stranded in Morocco for seven weeks, as a result of a ban on international travel caused by the Covid-19 ...
News
1 year ago

The department of public works revealed that some hotels insisted on the government paying for the whole hotel, regardless of the occupancy level.

Acting Deputy Director Morris Mabinja said the department of tourism and the National Treasury had negotiated standard tariffs with private establishments, where the government would pay rates ranging from R850 a night for a one-star hotel room on a dinner, lunch and breakfast basis to R1,385 per night for a four-star hotel on the same basis, sharing.

*Kgomotso Molapo is not her real name.