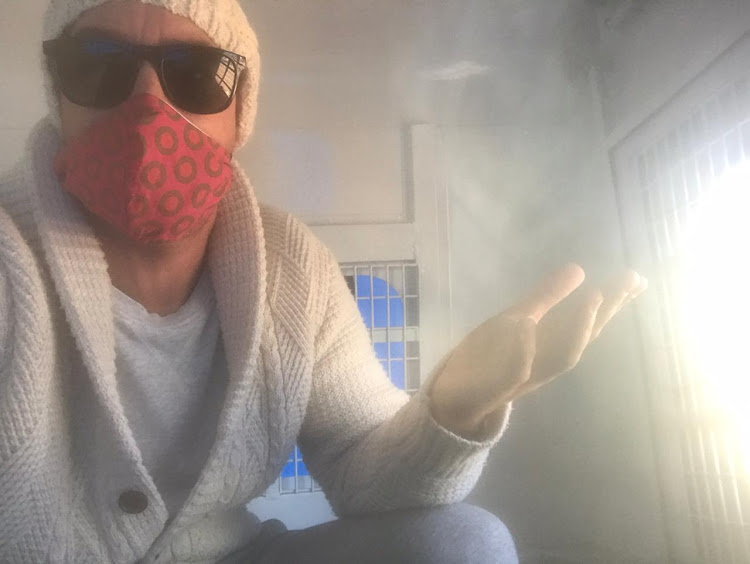 Liam Bulgen and his family were arrested at the beachfront in Muizenberg after their toddler ran 2m on the beach. After three hours under arrest they were charged with contravening the Disaster Management Act and will appear in court in August.
Image: Liam Bulgen

“It was very traumatic and it all just feels like a bad nightmare.”

This is how a Cape Town man put it after his family was arrested in Muizenberg on Monday after his toddler ran on to the beach.

Under the level 4 Covid-19 restrictions effective from May 1, people are allowed to exercise between 6am and 9am within a 5km radius from their homes, but are not allowed on beaches or in parks.

Liam Bulgen and his family left their home about 8.25am They live about 400m from the beachfront and were walking on the paved boardwalk next to the sea sand.

“My fiancée wanted some time alone so I let her walk on and I took care of our daughter.

“To distract her I took her out of the baby carrier on the boardwalk. She walked with me then suddenly ran on to the beach. She made less than 2m  before I stopped her,” Bulgen said.

The toddler, who is 21-months-old sat down and “threw a tantrum” when he wanted to pick her up.

Bulgen's fiancée, Tereza Cervinkova, heard what was happening and rejoined him and the child.

At this moment, police officers arrived.

“I politely told them what had happened. One officer told me I was so stupid for allowing my daughter out in public and the other, a captain, told me to get into the van because I was in serious trouble.

“They  seemed stressed and aggressive so I remained calm,” he said.

Bulgen was then loaded into the police van.

Worried about his family’s safety, Bulgen said he asked if they could be allowed to walk to the police station which was about 150m from where they were.

More than 800 arrested in KZN for breaching lockdown laws

“They said no and then made Tereza get into the other vehicle while she was breastfeeding. They travelled to the police station and the driver of that vehicle did not have a mask on,” he said.

Bulgen said when they arrived at Muizenberg police station, he asked if his parents could come and fetch their daughter.

“They told me they would be arrested if they did and we would have another charge.”

Bulgen said the health and safety standards at the police station were appalling and many of the police officers were not wearing masks.

“Some of the police found our circumstances amusing.”

He said officers told them they could not pay a fine and would be charged instead.

He said after more than three hours, they were charged for contravening the Disaster Management Act. Their court date is August 6.

The 38-year-old said they received tremendous support from family, friends, strangers and even politicians and lawyers after the incident.

“Someone who recently experienced a  traumatic experience  with the police contacted us and told Tereza that she did nothing wrong and she was not a criminal.

“This really helped us put things into perspective because we were made to feel like criminals and had our human rights violated as well as our health and safety compromised.”

Police have been approached for comment. This article will be updated as and when they respond.