Police nab gang suspects for murders and robberies in Gauteng 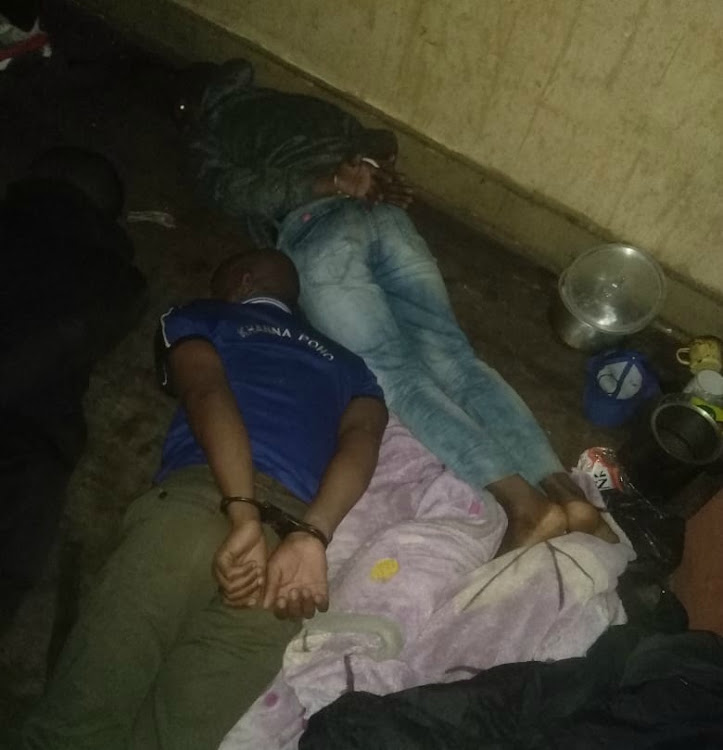 Suspected members of the gang were arrested at their hideout in Gauteng.
Image: SAPS

Police have arrested three people suspected to be part of a gang behind recent multiple murders and robberies committed in Roodepoort, Braamfischerville and Matholeville in Gauteng.

The suspects were arrested on Thursday in Matholeville, west of Johannesburg, where police recovered three unlicensed firearms, ammunition and explosives.

Capt Mavela Masondo said the gang's latest victim was a woman who was shot on Tuesday while passengers were being robbed in a minibus taxi in Roodepoort.

“The woman died instantly and the taxi driver was taken to hospital with gunshot wounds.

On Thursday, the team received information about the whereabouts of the suspects.

“The information was operationalised and the team pounced on a house used by the suspects as a hideout. Three suspects were arrested after they were found in possession of three unlicensed firearms loaded with ammunition as well as explosives.”

A hunt is underway for other gang members still at large.

The suspects are expected to appear in the Roodepoort magistrate's court on Monday.

Manhunt launched for suspects in murder of Gauteng taxi commuter

Gauteng police have launched a manhunt for three suspects who allegedly killed a woman during an armed robbery in Roodepoort, west of Johannesburg, ...
News
1 year ago

A taxi driver who told police at a roadblock that fearful passengers had abandoned the vehicle, leaving behind their luggage, was arrested when ...
News
1 year ago
Next Article