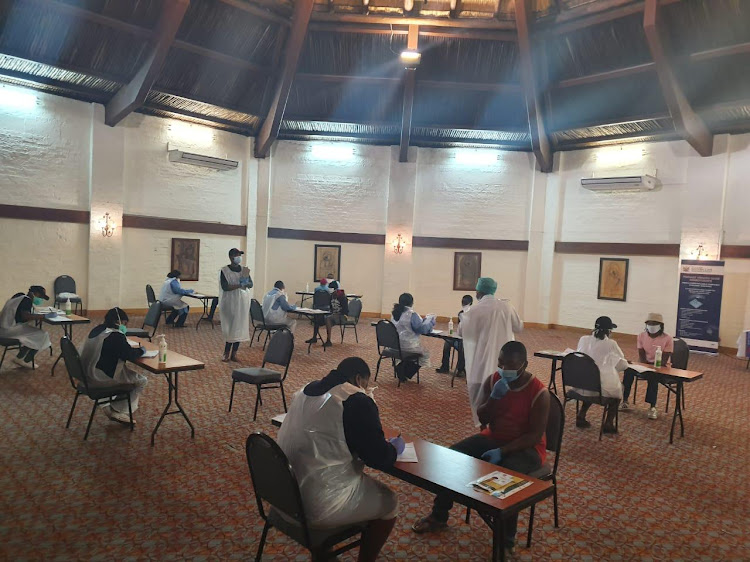 While provinces across the country have closed their borders as part of the measures to contain the coronavirus pandemic, migrant workers and people on the move are paying a high price.

Over the past two weeks, scores of men, women and children have been stuck in taxis between the Western Cape and Eastern Cape, a traditional corridor of transit for seasonal farm labourers.

Since Tuesday, hundreds of people have been quarantined in lodges and resorts across the Eastern Cape after the taxis in which they travelling were stopped by police. Law enforcement officers found some taxis to be using allegedly fraudulent travel permits.

Mqanduli police stopped eight taxis with 88 farm workers in Elliotdale on Wednesday night. They were in possession of an allegedly fraudulent travel permit.

The passengers were first quarantined at Mqanduli hall before being sent to different bed and breakfast establishments in Mthatha.

Another 110 farm workers are currently being tested and screened at Mpekweni and Fish River Sun in Port Alfred. They were also stopped at a roadblock and found to be travelling with questionable permits.

Eastern Cape transport spokesperson Khuselwa Rantjie said her department was aware of the risk the movement of people posed to managing the spread of the virus.

Rantjie said they had mounted roadblocks at various points across the Eastern Cape and along the border with the Western Cape.

“Those [people] who have been found with fraudulent or no permits or permits issued incorrectly have been fined and turned back at the borders,” she said.

She said some routes had been barricaded to ensure they were not used, but the barricades were moved.

“Police officers from both provinces cracked open the production of fake permits, and this has reduced traffic number at some points,” Rantjie said.

She appealed to provinces and the businesses to which workers were travelling to legally do onsite screening and testing .

Eastern Cape health spokesperson Sizwe Kupelo confirmed to TimesLIVE that a number of farm workers from the Western Cape were quarantined at bed and breakfast establishments in Mthatha, Butterworth and Idutywa and Mpekweni Resort and Fish River Sun in Port Alfred.

“The people entered in the province despite inter-provincial travelling being prohibited under lockdown regulations. One person in the first taxi group tested positive for Covid-19 and is  being admitted to Madwaleni Hospital outside Elliotdale," said Kupelo.

He said a team of health officials were screening and testing the people.

Public works spokesperson Vuyokazi Mbanjwa confirmed that her department was responsible for payment for the 110 people at Fish River Sun and Mpekweni.

Mbanjwa said 88 people stopped in Elliotdale were quarantined at seven bed and breakfasts around Mthatha.

Western Cape premier Alan Winde confirmed that officials were aware a number of farm workers were leaving the province. 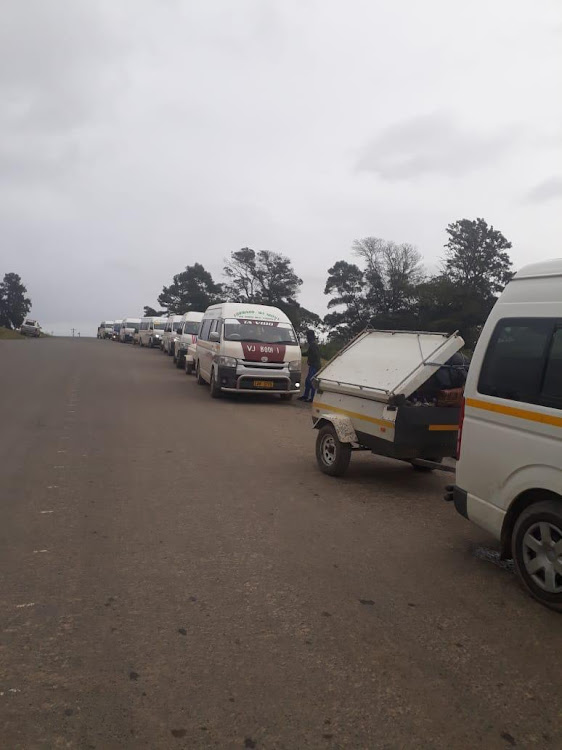 “More than 20,000 seasonal farm workers are going home. They have completed the work they came for and now want to go to their families. We can’t keep them in the province. That will be very unfair,” Winde said.

Winde said his counterpart in the Eastern Cape, premier Oscar Mabuyane, was aware of the farm workers and they had a working relationship on how they should be handled.

He was, however, shocked that hundreds of people had been stopped in the Eastern Cape with fraudulent permits.

“I do not understand how these people could have evaded so many roadblocks in the Western Cape and only get picked up in another province,” he said.

He said they had held meetings with farmers to ensure all workers were screened before being released.

Mabuyane said the movement of the Eastern Cape to level 4 would be done under strict conditions to curb transmission of the virus.

He said the management of lockdown would be beefed-up with increased law enforcement visibility in parts of the province with high Covid-19 infections.

With Woolworths Access Park in Port Elizabeth now hit by a devastating 10 Covid-19 positive cases, Discovery Health — also based in the city — ...
News
2 years ago

“Government pleads with employers, especially big manufacturing businesses, to work with government for the reopening of their businesses and the economy,” he said.

Regarding the increased flow of traffic from the Western Cape, Mabuyane said law enforcement would be intensified at all points of entry and both provinces would collaborate on operations to eradicate the use of fake permits.

Between March 27 and April 30 about 157 vehicles from the Western Cape were turned away at the points of entry into the Eastern Cape for not having travelling permits.

Two weeks ago, 11 taxis carrying more than 100 passengers travelled during the national lockdown but were denied entry into the Eastern Cape and sent back to the Western Cape.

An investigation revealed  they had relied on fake funeral permits using one death certificate.

All the passengers were due to attend the same funeral, which raised red flags with police officers at the Aberdeen provincial border Covid-19 checkpoint.

You can travel between provinces for the next 7 days, but only for work or to return home

A few glitches as Level 4 Covid-19 lockdown begins and people are allowed to move from one province to another.
News
2 years ago
Next Article