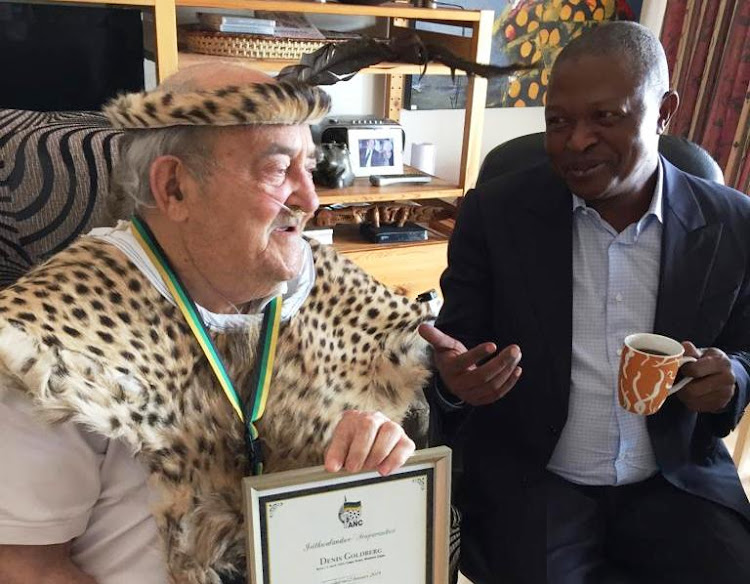 Denis Goldberg, an anti-apartheid veteran who served 22 years in prison, has died.

His family and the Denis Goldberg Legacy Foundation Trust said on Thursday he had died just before midnight on Wednesday.

"His was a life well-lived in the struggle for freedom in South Africa. We will miss him," the notice read.

Goldberg, a widower twice over, has a son and a daughter. He was born in Cape Town in 1933.

He was awarded the Order of Luthuli in Silver by the presidency, which commended him for his dedication to working for the betterment of the people of South Africa throughout his life.

A year ago, he was also honoured with the ANC’s highest award, Isitwalandwe. On acceptance, Goldberg said: “I think it’s a recognition of the role of a whole generation of people who brought us out of the darkness of apartheid.”

Would people in leadership positions be willing to sacrifice their lavish lives for the good of the people?
News
2 years ago

Even worse, he lies in an unmarked grave in his home village of Phokwane in Sekhukhune district, Limpopo.
Opinion
2 years ago

In the early 1950s, Goldberg joined the Congress of Democrats and the Communist Party underground.

While a student at the University of Cape Town (UCT) studying civil engineering, Goldberg joined the Modern Youth Society in 1953. He continued to be an activist and joined Umkhonto we Sizwe’s (MK) technical office in the early 1960s. He became the weapon maker for Operation Mayibuye.

In 1985, after 22 years of imprisonment, he was set free and reunited with his family in London, where he continued to work for the ANC, said the presidency.

Goldberg was a spokesperson for the ANC and also represented it in the Anti-Apartheid Committee of the United Nations.