Domestic workers still the most exploited workers, according to union 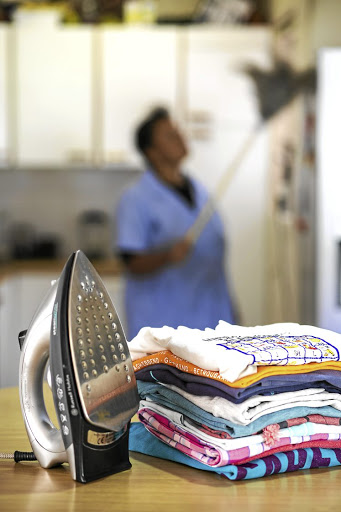 Domestic workers remain the most exploited workers in the country to date.

While the introduction of the minimum wage was meant to improve the working conditions of vulnerable employees like domestic workers, their working environment remains unchanged.

This is according to the Izwi Domestic Workers Alliance, a network of domestic workers in Johannesburg that provides domestic workers with advice on employment issues, case support and training.

Amy Tekie, co-founder of Izwi, said very few workers have joined the unions in the sector.

"The challenge in getting them unionised is the reach. They are all in different houses. It is not like a factory where it is easy for workers to get together and encourage each other to join. The other factor is fear. Most workers fear that if they join a union they are going to be fired," she said.

"The other factor is that they don't have money. Most of them are getting less than a minimum wage. subscription fees, even if it is R20 a month, are meaningful."

Tekie said over the past decade there has been an increase in the number of domestic workers who do not stay at their workplace, which prevented them from working "crazy hours".

Despite this improvement, enforcement of regulations has been a challenge. She said many domestic workers outside the big cities get paid less than the minimum wage.

"Employers say if it is not enough, then go somewhere else because there seem to be an oversupply. The other challenge is the lack of respect from their employers.

There are also issues in the working environment.

"There is a lot of workers who are still forced to use a separate cup and plate and are not allowed to use any other cutlery in the employer's home. We've got domestic workers who sleep in the same space as dogs.

"They are almost under house arrest. Employers monitor their phones. They go into their room and go through their things. There are still issues about them having to pick up used condoms, washing women's underwear during menstruation," Tekie said.

She said a lot of domestic workers are afraid of raising the issue of the minimum wage with employers because they fear losing their jobs.

In February, employment and labour minister Thulas Nxesi announced that SA would have a new minimum wage of R20.76 an hour as of March 1. For domestic workers, the new minimum wage is R15.57 an hour.

Tekie said implementation was a problem.

"Under the private property laws, a labour inspector can be refused entry into the house of a domestic employer.[Even if he gets in] employers also push the domestic workers to lie about everything happening in the house," she said.

In May last year, domestic workers received a huge boost in the fight for their rights when the North Gauteng High court in Pretoria found that section 1 of the Compensation for Occupational Injuries and Diseases Act was unconstitutional for not allowing domestic workers to also claim for injuries sustained at work.

Socio-Economic Rights Institute took the matter to court on behalf of Sylvia Mahlangu, the daughter of domestic worker Maria Mahlangu.

Maria died at her employer's home during the course of her employment.

A Johannesburg domestic worker who says she has been exploited by her employers also witnessed the physical abuse of colleagues.
News
4 years ago

A company in Musina, Limpopo, has apologised after being taken to task for advertising chicken necks, feet and gizzards “for your domestic worker”.
News
2 years ago
Next Article