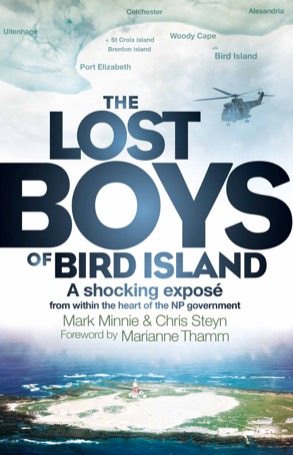 The Lost Boys of Bird Island has been withdrawn from book shelves by its publishers.
Image: Supplied

Apartheid-era minister Barend du Plessis has been offered a R3m settlement after he was identified as allegedly being part of a paedophile ring.

In the book The Lost Boys of Bird Island, three apartheid ministers were named. Two of them, Magnus Malan and John Wiley, had since died but the former finance minister is still alive.

The publishers of Lost Boys conceded that he could have been erroneously linked to the book, which has since been pulled off the shelves, physically and digitally.

Lawyers for the three ministers said the book was nothing but a fabrication and a web of lies woven by its co-authors, Mark Minnie and Chris Steyn. Minnie killed himself at a friend’s farm in Port Elizabeth in 2018.

In a statement, Media24 said: “Ishmet Davidson, as CEO and on behalf of Media24, extends an unreserved and sincere apology to Barend du Plessis and his family as well as to the Malan and Wiley families for the harm caused by the allegations contained in the book .

“A settlement offer of R3,000,000 is extended to Barend du Plessis as compensation for the pain and suffering caused by the allegations in question.”

The statement said that the allegations were “unfounded”.