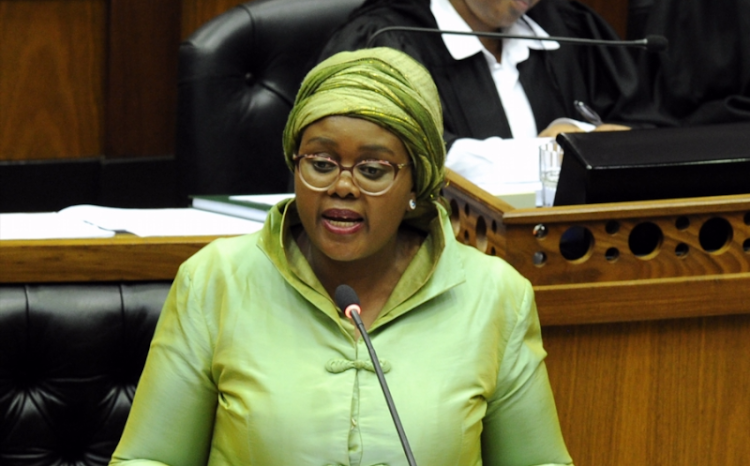 Afriforum and Solidarity are challenging tourism minister Mmamoloko Kubayi-Ngubane's use of BBBEE as a requirement for tourism businesses to qualify for relief.
Image: Gallo Images / Beeld / Nasief Manie

The ANC parliamentary study group on tourism has come out in support of tourism minister Mmamoloko Kubayi-Ngubane's use of BBBEE as a requirement for businesses to qualify for the tourism relief fund.

This comes as the North Gauteng High Court on Tuesday is due to hear an application by AfriForum and Solidarity, which want the court to scrap the use of BBBEE.

Last week, the court postponed an urgent application by AfriForum to have the two separate applications heard together.

In a statement on Tuesday, chairperson of the study group, Supra Mahumapelo, slammed the AfriForum and Solidarity court challenges.

“We have learnt with shock and extreme dismay that both AfriForum and Solidarity have decided to approach the court to challenge the official government policy of BBBEE.

“It is our view that both AfriForum and Solidarity are confirming to us that the struggle to deal with injustices of the past, as reflected in the constitution, is far from being achieved,” said Mahumapelo.

AfriForum's legal challenge to the race criteria used to determine which businesses score state-sponsored Covid-19 relief bailouts has been postponed ...
News
2 years ago

He said the triple challenges of poverty, inequality and unemployment affect South Africans in general and Africans in particular.

“It is therefore important that transformation in the tourism sector must actually be intensified more than ever before. Organisations such as AfriForum and Solidarity must be exposed for what they are because, clearly, they still crave policies that disadvantage blacks in general,” he said.

Mahumapelo said the ANC called on the two organisations to withdraw the court challenge and rather engage with the department.

The use of BBBEE in the government’s relief measures for businesses has come under heavy criticism by the official opposition party, the DA, which repeatedly voiced its opposition.

Earlier this month DA leader John Steenhuisen said the party was consulting its legal team shortly after the announcement by Kubayi-Ngubane.

“It is not only unconscionable that critical financial relief in this time of distress for thousands of businesses and commercial entities is racialised, it is most likely illegal too,” Steenhuisen said.