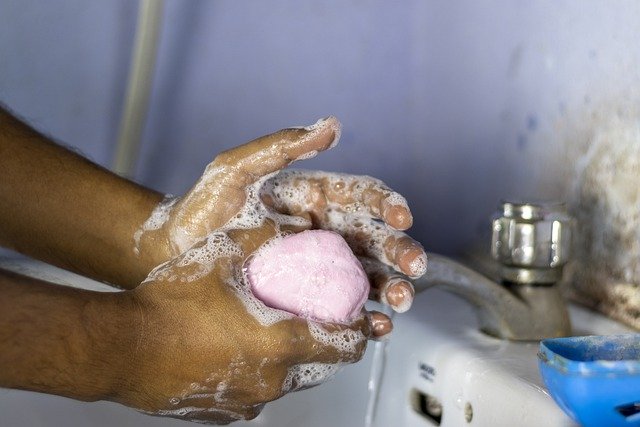 Social distancing and hand washing with soap, for at least 20 seconds, reduces the risk of infection. Stock photo.
Image: Pixabay/soumen82hazra

There are 4,546 positive Covid-19 cases in the country, the health ministry confirmed on Sunday evening.

This represents an increase of 185 cases since figures were released on Saturday.

There was an additional death in the Western Cape, increasing the total number of deaths to 87.

The Western Cape continues to have the highest number of infections at 1,608 followed by Gauteng at 1,331. The province with the fewest recorded infections remains the Northern Cape with 17.

"We are pleased to announce that in the early hours of tomorrow [Monday] a delegation of 217 Cuban Medical Brigade will arrive in South Africa," said the ministry.

"Some of these highly skilled health professionals were in the frontline of fighting other outbreaks in the world such as Cholera in Haiti in 2010, and Ebola in West Africa in 2013.

"Before departure from Cuba, the medical brigade had been placed in quarantine to ensure that they minimise any form of exposure prior to coming to South Africa."

The Cuban team will be placed in precautionary quarantine as they await their test results once in South Africa.

"We will also use this period to fully induct them into the South African situational analysis and the various provinces they will be deployed to," said the ministry.

Khayelitsha Covid-19 cases leap by 21% in a day, says Winde

Covid-19 is strengthening its grip on the Cape Town township of Khayelitsha, where cases have leapt by more than 21% in a day.
News
2 years ago

65 in hospital in Gauteng due to coronavirus

The Gauteng health department said on Sunday that of the 1,304 Covid-19 cases in the province, 65 people were receiving treatment in hospital.
News
2 years ago
Next Article