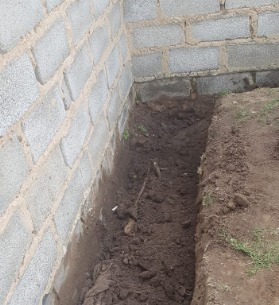 Community members helping police search for a missing woman stumbled upon a decomposed body at Libode in the Eastern Cape, police said on Sunday.

Capt Khaya Tonjeni said the community were “assisting police in information about a 34-year-old woman who went missing on September 26 2016".

“A case of a missing person was opened after her disappearance.”

Saturday's search led to an abandoned house where bones were found underneath the foundations.

“The bones were covered with a blanket and buried in a shallow grave. They will be sent to the laboratory for testing to determine whether they belong to this missing woman,” said Tonjeni.

A woman has been charged with the murder of a five-year-old boy who was found killed in a tavern in Orange Farm last week. Pontso Mohlanka ...
News
1 year ago

A man has allegedly confessed to murdering Soweto schoolgirl Siphiwe Sibeko whose body was found mutilated and dumped in a veld.
News
1 year ago
Next Article