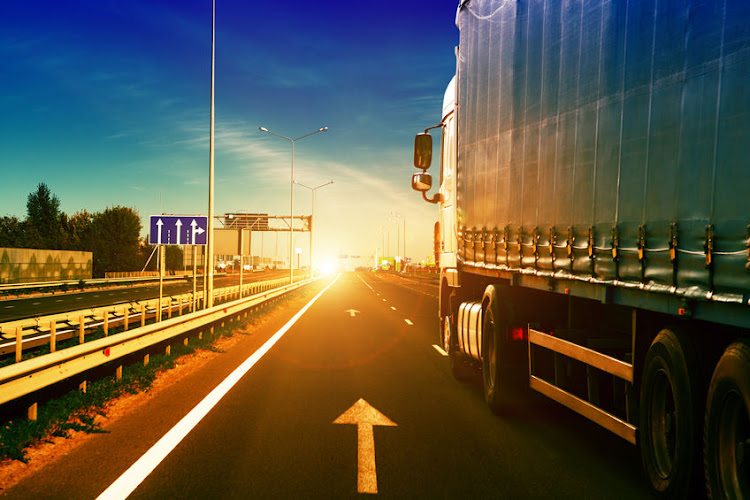 The man allegedly strangled his wife, then jumped in front of a truck.
Image: 123RF/ Ruslan Ivantsov

A  man from Itsoseng in the North West is believed to have thrown himself in front of a moving truck shortly after allegedly killing his wife.

Col Adéle Myburgh said police were investigating a case of murder and another of culpable homicide after the discovery of the couple's bodies on Wednesday.

“In the first incident, police were summoned at about 4pm to a scene of a culpable homicide, close to Thusong Hospital on the Lichtenburg ——Mahikeng road where a 48-year-old male was found dead on the scene. [This] after he allegedly jumped in front of an oncoming truck. He was certified dead on the scene by emergency medical and rescue services personnel,” said Myburgh.

A man accused of stabbing to death a 36-year-old woman who had come to collect her money, allegedly tried to kill himself after the incident.
News
1 year ago

An hour later, the body of a 28-year-old woman, his wife, was found.

“A family member found the woman lying dead on the floor and called the police to a house at ... Itsoseng. [She] was found tied up with cloth around her neck and feet. It is suspected that she was strangled,” said Myburgh.

Paramedics rushed to the scene where they certified her dead.

North West police commissioner Lt-Gen Sello Kwena appealed to the community not to resort to violence, but to seek professional help to resolve conflicts.

A 28-year-old KwaZulu-Natal man who is accused of stabbing his wife to death will appear soon in the Verulam magistrate's court.
News
1 year ago

A police officer was cornered and hacked to death with a panga when he accompanied a rape victim to fetch her belongings from her alleged attacker's ...
News
1 year ago
Next Article