Dlamini-Zuma faces challenge over threat to lock up infected people 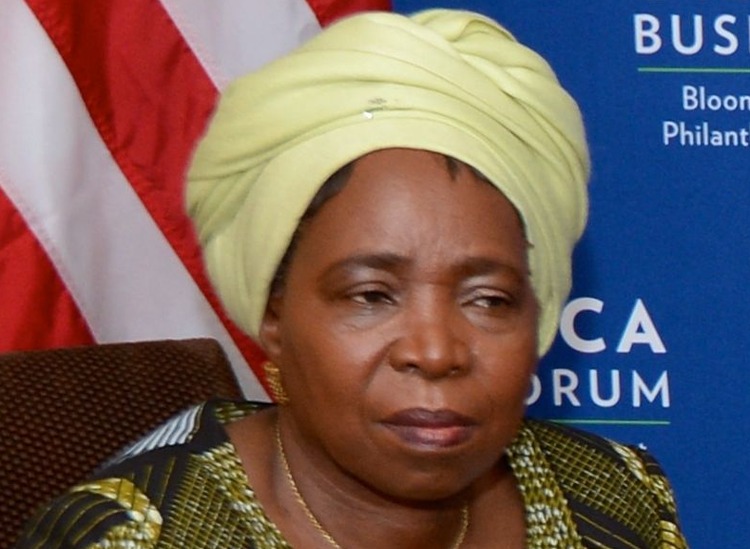 Co-operative governance and traditional affairs minister Nkosazana Dlamini-Zuma has been asked to clarify government’s position on locking up people who are suspected of being infected with Covid-19.
Image: GroundUp/ US State Department via Wikimedia

Court action is looming over government’s threat to “lock up” people who do not co-operate with with Covid-19 screening and testing.

The Legal Resources Centre, acting on behalf of the Poor Flat Dwellers Movement, has placed government on terms to immediately clarify comments by politicians that people will be detained for “lengthy periods” should they buck the law.

The centre, in a written demand to co-operative governance and traditional affairs minister Nkosazana Dlamini-Zuma, said not only was this unconstitutional, but it was also unlawful in terms of the present disaster regulations.

The lawyers point specifically to regulation 4 (1), which states that no person who has been confirmed as a clinical case or as a laboratory confirmed case as having contracted the virus, or who is suspected of having it, or who has been in contact with someone who has it, may refuse to consent to a medical examination including, but not limited to taking any bodily sample, or to be admitted to a health establishment, quarantine or isolation site.

It also provides that if a person does not comply with the instruction, they may be placed in quarantine for a period of 48 hours, or longer on court authority, for the “medical examination”.

“The regulation creates a drastic and serious inroad into the freedom and liberty of persons,” the LRC has submitted.

“It contemplates the detention of a person for an initial 48 hours and, with the consent of the court, even longer. But on the plain reading of the regulation, authority is only given for an examination of a person who is a confirmed case or suspected of being a carrier,” it said.

“Why an examination must endure for beyond an hour or two is unclear.”

The LRC said if the regulation was intended to isolate or quarantine someone beyond the duration of an examination, it would have been framed differently.

“And, it is not being given its ordinary meaning. There have been threats by various authorities to detain people for a lengthy period of time. Our client is concerned about abuses that may prevail.”

The LRC said the minister, as the author of the regulation, should have given guidance on the correct interpretation but had failed to do so.

It said if the minister does not delete or suitably amend it, an application will be made to a high court to have it declared invalid, or for an order declaring the movement’s interpretation to be correct.

The court action would hinge on the fact that the regulation flew in the face of a general acceptance that subordinate legislation may not deprive someone of his or her liberty, unless expressly authorised by an act of parliament.

If it was intended that people be deprived of their liberty, then a state of emergency should have been declared under the relevant act which makes provision for detention of people.

“The constitution provides for the limitation of rights. But facts that must be taken into account are whether it is reasonable and justified and whether there are less restrictive means to achieve its purpose,” the LRC said.

“We submit there are less restrictive means. The prevention of the spread of the virus can be achieved through self-isolation at home, and only where the person is homeless, should detention be considered.”

Ramaphosa said the government had been decided to start ending the lockdown in phases from Thursday, April ...
News
2 years ago

Political parties and trade unions have all lauded President Cyril Ramaphosa for his announcement on Tuesday night that the Covid-19 lockdown will be ...
News
2 years ago
Next Article