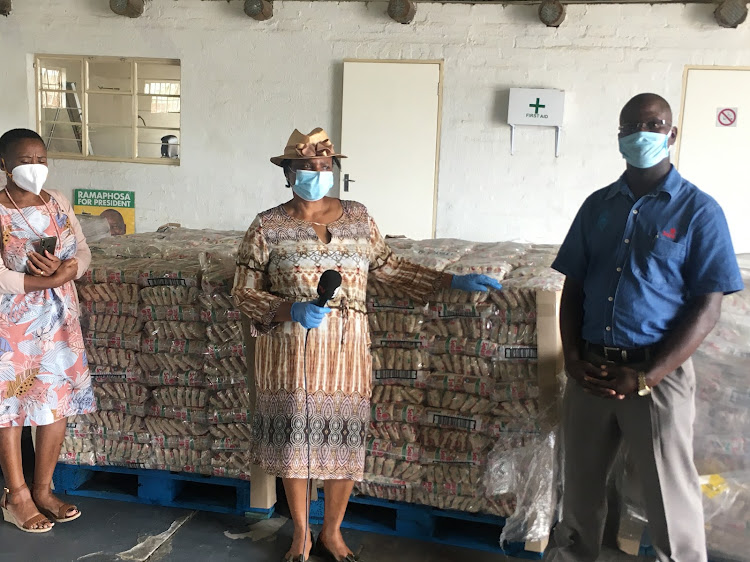 Mpumalanga social development MEC Thandi Shongwe has warned young mothers to desist from buying weaves and makeups with the additional social relief grant which was announced by President Cyril Ramaphosa this week.

Speaking during the donation of sugar by RCL Foods at the Mpumalanga Good Bank in Mbombela on Thursday, Shongwe said the money that the mothers are going to get should instead be used to buy food for children.

She said despite the increase in grant, the department of social development will continue giving out food parcels to needy households. “We are calling on our people, especially young mothers, to make sure that they use the money announced by the president to buy food for their children, not any other things. You must not buy weaves or makeups, because we are on lockdown and we are comfortable with the way we look,” said Shongwe.

Shongwe also thanked RCL Foods for the donation. “We are thankful of RCL Foods, this will go a long way into feeding the public. The department cannot do this alone without help from the private sector."

Shongwe also warned officials from the department who are thinking of abusing the donation and being engaged in corrupt activities. “As the department we are going to discipline anyone who will transgress on the food parcels distribution. Those found guilty will face the full might of the law."

Themba Ndlovu from RCL Foods said the company decided to make a donation in a bid to fight Covid-19 pandemic. “On behalf of RCL Foods, we are saying the department must help feed the nation so that people do not go out looking for food,” said Ndlovu.

Around seven million unemployed South Africans qualify for the Covid-19 distress grant which has been hailed by economists and labour analysts as an ...
News
1 year ago

While the temporary Covid-19 social relief of distress grant of R350 to unemployed South Africans is welcome, government should increase this amount ...
News
1 year ago

R500bn will be spent to support South Africans dealing with the consequences of the coronavirus.
News
1 year ago
Next Article