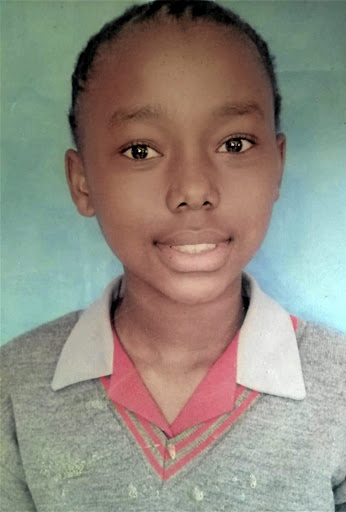 A man has allegedly confessed to murdering Soweto schoolgirl Siphiwe Sibeko whose body was found mutilated and dumped in a veld.

Sibeko went missing in Dobsonville after she told her grandmother that she was going to a spaza shop in their area on April 2.

Her body was found a day later with numerous stab wounds.

The man, 22, who cannot be named because he has not pleaded to the rape charges, and a 17-year-old minor, were arrested between April 7 and 9 and were charged with the teen's murder and rape.

The 17-year-old suspect cannot be named, in accordance to the Child Justice Act.

According to a police source, the man detailed in a confession statement how they allegedly murdered Sibeko.

In his statement, he shifted the blame on his 17-year-old co-accused, saying he came up with the plan to rape the girl.

A second suspect has been arrested in connection with the murder of Soweto teenager, Siphiwe Sibeko. Police spokesman Cpt Kay Makhubele said the ...
News
2 years ago

A 22-year-old man has been arrested for the murder of the 14-year-old girl whose body was found dumped in Soweto.
News
2 years ago

The man detailed how they met with Sibeko on the day she was last seen alive.

He said they waited for Siphiwe because she was dating his co-accused and had made plans to meet in Dobsonville.

He said they had not planned on murdering the teen until they were with her in a veld in Mndeni.

"Siphiwe dated the boy [theco-accused]. He came up with the plan on what we should do when we went to smoke marijuana," the man said.

"We got to the veld and I started smoking marijuana. [The boy] was also smoking and we offered Siphiwe some marijuana. She did not want to smoke and told us that she wants to go home."

In the statement, the man said he continued smoking while [the boy] insinuated to Siphiwe that he wanted to have sex with her.

"[The boy] then convinced me to help him rape her. I took out a knife and held her feet then he [the boy] forced himself on her. She fought back and resisted, so I stabbed her on the neck and legs several times while [the boy] strangled her," he said.

He said they had a struggle but managed to subdue her before they took turns in raping her and discarding her body.

"We were both scared and confused when we realised what we had done, when we realised that she was dead. We did not know what to do with her body and decided to dump it at the veld where we thought it would not be found," he said.

The man allegedly confessed to the murder two days after his arrest while being questioned by the police.

Nandi Sibeko, the teen's mother, said she was relieved to hear about the alleged confession because it would fast track the court case.

"At least now we know that the case will not take long. It makes us feel better knowing that we will be able to get closure quicker," she said. Sibeko said she visited the scene where her daughter was found.

"The police took me to the scene on Saturday. I had not had the chance to see where my daughter was found. It hurts because we miss her.

"The house is lonelier and quieter without her."