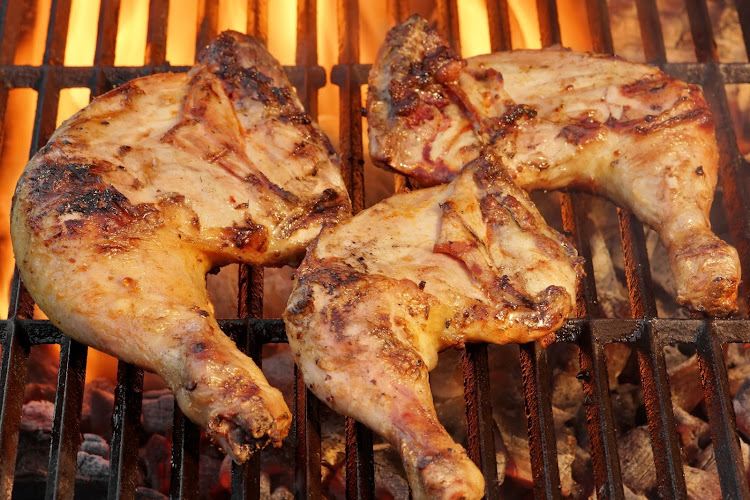 Ebrahim Patel says the ban on the sale of cooked hot meals is about reducing 'vectors of transmission' of the coronavirus. Stock photo.
Image: 123RF/Alexei Novikov

Trade and industry minister Ebrahim Patel has explained government thinking around the ban on cooked hot meals, saying it boiled down to limiting how the coronavirus was spread.

A heated debate continues over the ban on cooked hot meals being served by supermarkets, restaurants and informal traders around the country. The government is facing a legal challenge to the regulations.

"I am rather partial to the Woolies' chicken,” Patel told 702 radio host Eusebius McKaiser during an interview on Tuesday.

“There's a shout out but, on a serious note, we have to do it to try to save lives. The regulations were put in place to enable the most basic and essential items to be bought and only essential workers to go to work.”

He said while much of the debate focused on supermarkets, there were many thousands  of hot food outlets in the country selling meals such as hotdogs, hamburgers, grilled meat, vetkoek and koeksisters.

Allowing them to operate would “create huge travel of people moving out of their homes to get hot foods. Those are vectors of transmission. In the phase that we’re in, it’s about trying to limit movement of people,” he said.

Trade and industry minister Ebrahim Patel wants more time to respond to Sakeliga after the organisation threatened to take legal action over the ban ...
News
2 years ago

The DA has given minister of trade and industry Ebrahim Patel until 2pm on Monday to explain which regulation he relied upon to declare the sale of ...
News
2 years ago

Scientists, he said, suggested that the high point in the pandemic in the country would be reached in August or September, and some form of lockdown measures would be in place for some time. But, he said, the economy could not be kept in lockdown right the way through.

President Cyril Ramaphosa is due to update the nation soon on measures to revive the economy and see a gradual return to work.

Patel said even in supermarkets, where people were already shopping  for essentials, selling hot meals would add to the risk of transmission.

“I go to the hot food counter, I place my order, I wait. I’m there for a longer period. There are controls regulating the number of people going into the supermarkets. There are more people standing in queues outside. I stay in the supermarket a little bit longer.”

Allowing the sale of hot meals would see more people in transit and “getting into taxis that are already under strain because of the limited numbers, and you can see that you do create greater vectors of transmission".

Allowing more people to move around was good for the economy but it had to be balanced against the speed of transmission of the virus, Patel said.

Sakeliga, a non-profit organisation representing businesses, said on Monday that the prohibition on the sale of “cooked hot food”, even when spelled out explicitly in fresh lockdown amendments gazetted on the same day, was irrational and open to legal challenge.

Sakeliga's Daniel du Plessis said the measures were “irrational” and far from clear because "they are contrary to recommendations made by a multitude of international bodies and experts”.