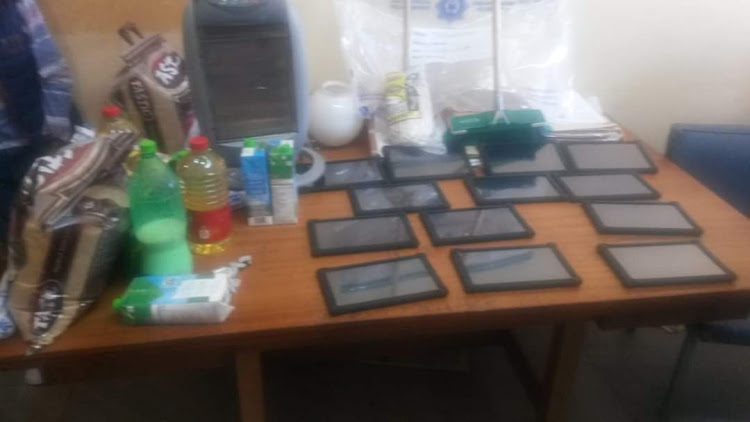 A 19-year-old and four minors between the ages of 14 and 16 years were arrested after a break-in at a primary school in Mothibistad, Northern Cape.
Image: Provided

A 19-year-old was arrested with four youths between the ages of 14 and 16 after a primary school break-in in Mothibistad, Northern Cape.

Police spokesperson Brig Mohale Ramatseba said 20 computer tablets and groceries were stolen during the break-in at about 7am on Monday. 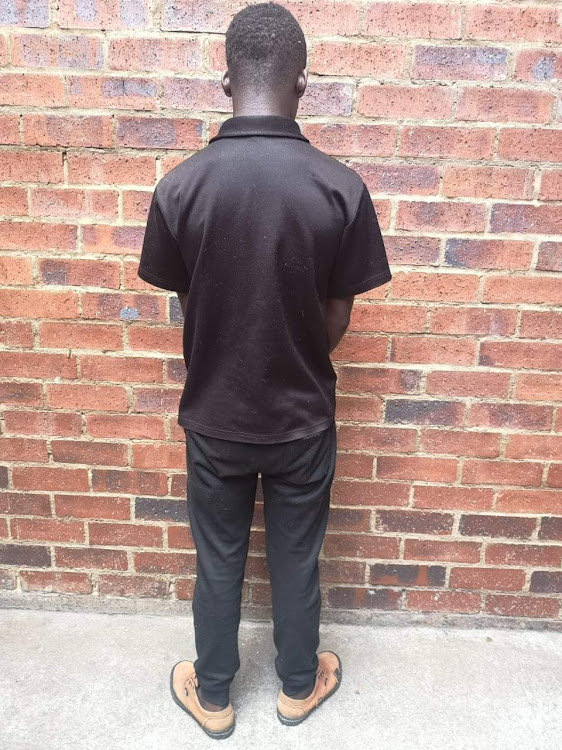 A 19-year-old suspect was charged with possession of stolen goods, housebreaking and theft.
Image: Provided

“On the same day at about 12.30pm, 13 tablets, a heater, broom and groceries were recovered by Mothibistad detective [squad] members at various places where the items were hidden by a 19-year-old male suspect with four minors between 14 and 16 years,” said Ramatseba.

An additional seven tablets were recovered by the police on Monday evening.

Ramatseba said the estimated value of the recovered items was R60,000.

The four minors have been released into the care of their parents.

The 19-year-old is expected to appear in the Mothibistad magistrate's court on charges of being in possession of suspected stolen goods, housebreaking and theft.

Colonel Didimalang Moetsi, station commander of Mothibistad, applauded the detectives for their outstanding investigation which led to the arrest of the group.

Gauteng police have arrested 25 more suspects in connection with school burglaries during the Covid-19 lockdown.
News
1 year ago
Next Article