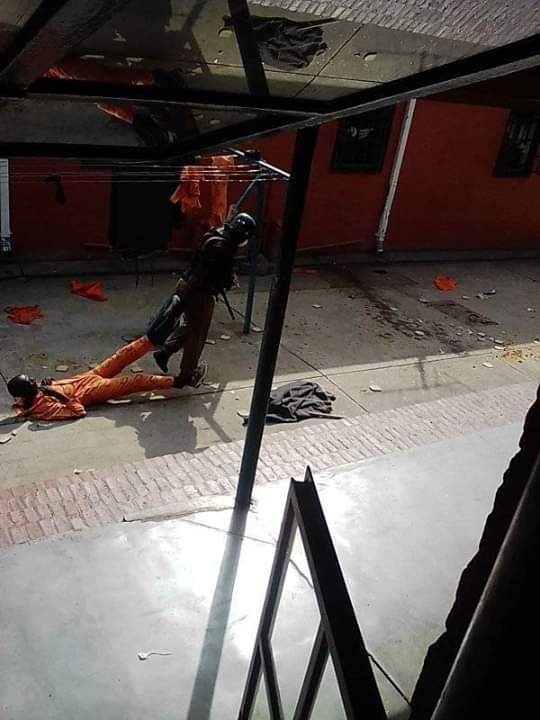 Two prisoners were injured at the Baviaanspoort Medium Correctional centre on Monday morning after inmates embarked on a protest demanding cosmetics, proper diet and to be given their medication.

In the videos sent to Sowetan, one inmate could be seen with a bandage around his head, another inmate was seen being dragged on the concrete floor by a prison warder.

In the background other inmates can be heard shouting: " They want to kill or brothers, we did not do anything."

A prisoner was injured when chaos erupted at Baviaanspoort correctional centre today. Prison warders had to use force to get inmates back into their cells.

A family member of one of the inmates said the prisoners were not fighting anyone but wanted to be provided with necessities for bathing.

"Since they are no longer allowed visitors as a result of lockdown regulations, they wanted the prison to provide them with face wash towels, soap, roll-on, proper diet and to be given their medication. They were having a peaceful protest when the prison called police. As a result, two of the inmates were injured," he said.

Department's spokesperson Singabakho Nxumalo said correctional officials had to use minimum force as one inmate was lying on his back and refusing to go back to his cell.

"Two inmates were treated for minor injuries by our healthcare officials and they are back in their cells. This incident has been reported accordingly to the relevant authorities and investigations are currently underway," Nxumalo said.

He said the department had taken note of mobilization efforts by Miles Bhudu (an ex-inmate who is fighting for rights of prisoners) and other individuals instigating inmates to revolt against the state.

"This is totally irresponsible and reckless, and there is no need for such. The department is currently engaging with relevant law enforcement agencies to take necessary action," Nxumalo said.