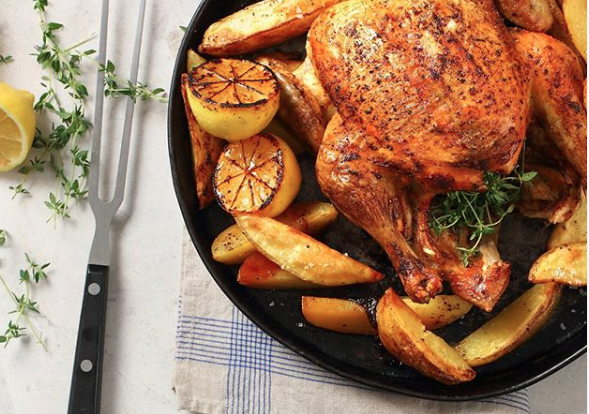 No more cooked chicken and chips or pies from food stores.
Image: Instagram/CheckersSA

The prohibition on the sale of “cooked hot food”, even when spelt out explicitly in the lockdown regulations, is still most likely irrational and open to legal challenge.

That was the word from the legal head at Sakeliga, a not-for-profit organisation representing businesses, in reaction to the minister of co-operative governance and traditional affairs (Cogta) publishing an update to the lockdown rules prohibiting the sale of cooked food.

Nkosazana Dlamini-Zuma amended part of the regulations in a government gazette on Monday, which initially allowed the sale of “any food product, including nonalcoholic beverages” by adding the words, “but excluding cooked hot food”.

Sakeliga's Daniel du Plessis said the measures were “irrational” and far from clear in “that they are contrary to recommendations made by a multitude of international bodies and experts”.

“It is important to note that the new regulations only prohibit the sale of warm foods and, accordingly, this represents a small step in the right direction.

“In contrast to some claims made by state entities in the last week, it seems that it is now permissible to prepare and sell frozen or cold foods. We encourage businesses to look into ways in which they can adapt to these restrictions to still serve their customers and support their employees,” said Du Plessis.

The organisation initially gave trade and industry minister Ebrahim Patel until 9am on Monday to explain the ban or said it would go to court. Patel asked for an extension until Wednesday.

The DA has given minister of trade and industry Ebrahim Patel until 2pm on Monday to explain which regulation he relied upon to declare the sale of ...
News
1 year ago

Trade and industry minister Ebrahim Patel wants more time to respond to Sakeliga after the organisation threatened to take legal action over the ban ...
News
1 year ago
Next Article