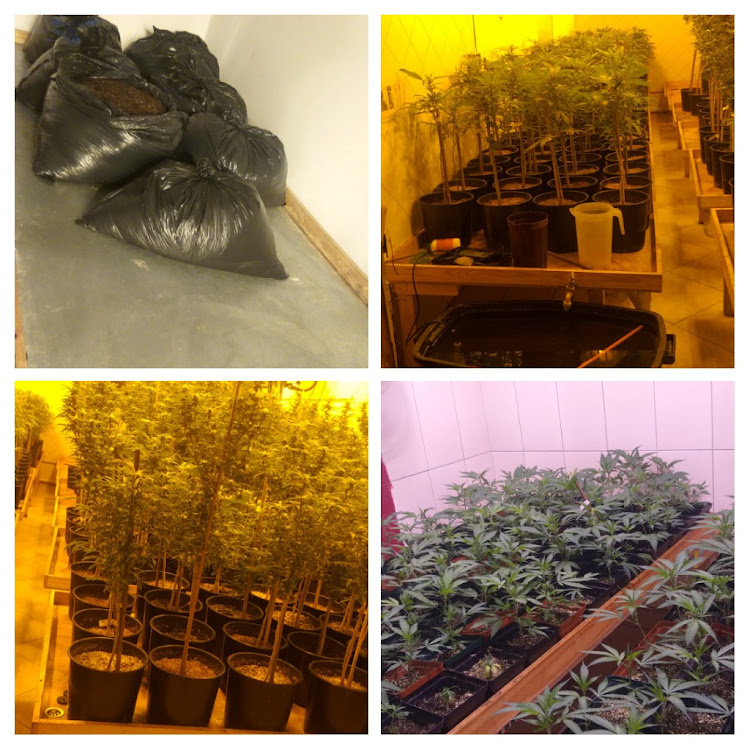 The 33-year-old man was arrested and charged with manufacturing, dealing in and cultivation of dagga.
Image: Saps

A 33-year-old man was arrested after police uncovered a dagga laboratory in Randfontein, west of Johannesburg, on Saturday.

Makhubela said information received led officers to a house in Aureus where they discovered the laboratory with dagga plants and bags full of manure.

The man was arrested and charged with manufacturing, dealing in and cultivation of dagga.

He is expected to appear in the Randfontein magistrate's court soon.

Authorities appear to have turned a blind eye on an illegal rehabilitation centre where addicts are allegedly beaten and chained up in a "torture ...
News
2 years ago

Three bust with drugs worth R400,000 as police raid in Chatsworth

Three alleged drug peddlers were arrested and drugs worth R400,000 seized by police in raids in Chatsworth, south of Durban, on Friday.
News
2 years ago
Next Article