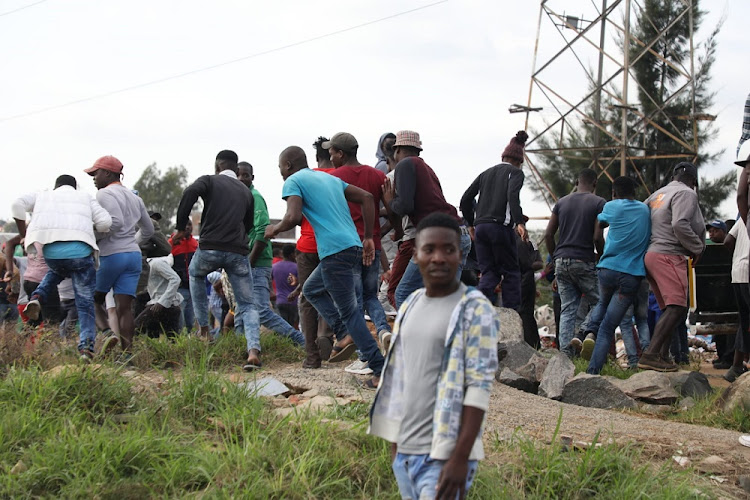 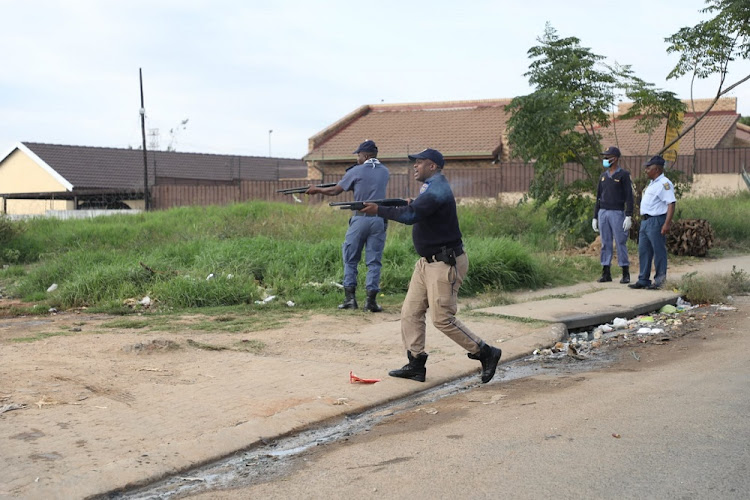 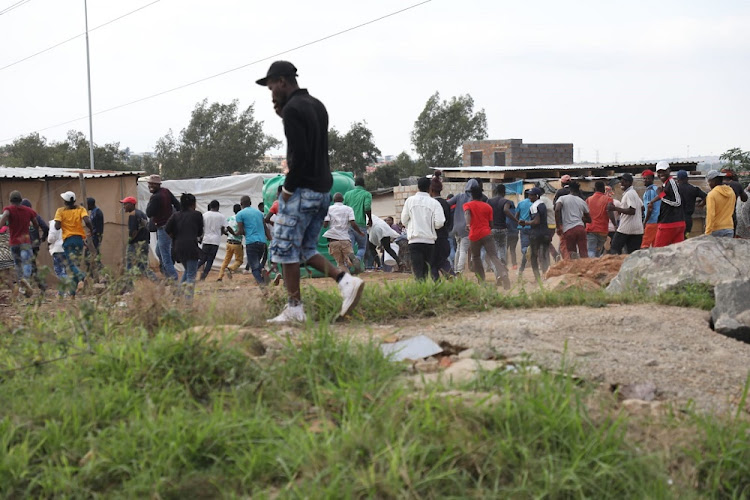 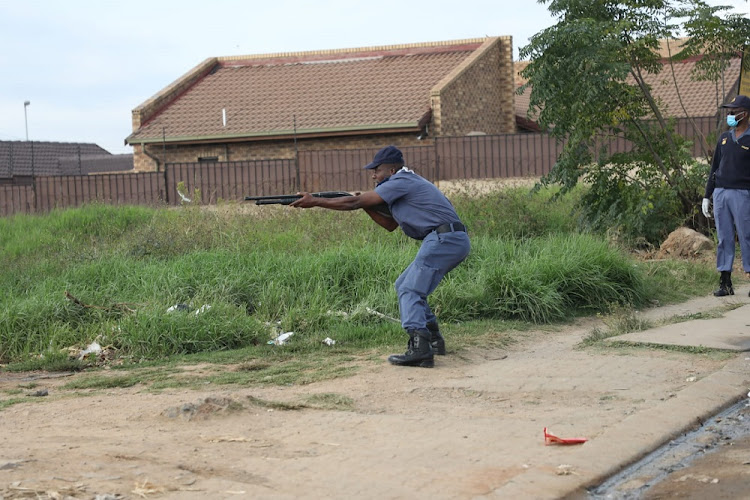 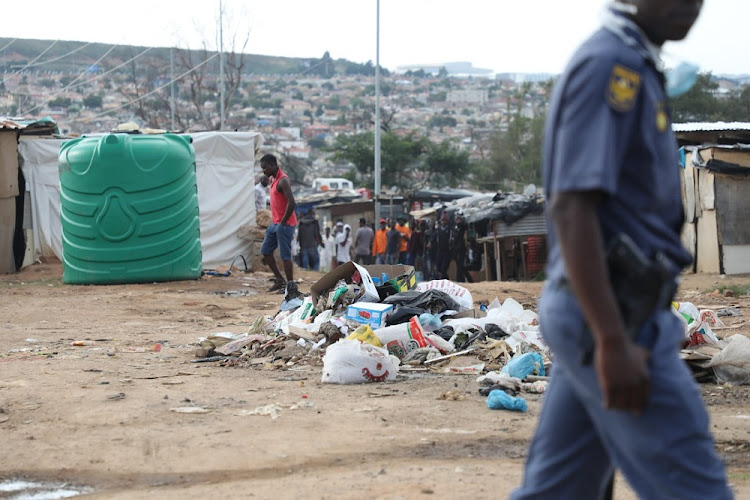 Police fired rubber bullets this morning to disperse residents of Setjwetla in Alexandra who had gathered near the Marlboro Gardens Secondary School. The group of about 300 people were complaining about the distribution of food parcels which took place on Saturday.

They say those who did not receive any parcels were told to come back on Monday. But after waiting for a while to be helped on Monday, the residents were then told to come back on Tuesday. Earlier on Tuesday,  the SAPS and JMPD police officers ordered  the agitated community members to go back home as there were no food parcels to give to them.

The community reluctantly walked back to the informal settlement but later formed large groups to discuss their frustration. The police then used rubber bullets to disperse them, accusing the crowd of an illegal gathering as per lockdown regulations on social distancing.

Some residents of Port Elizabeth threatened protests and to disrupt the Nelson Mandela Bay Municipality from distributing food parcels to informal ...
News
1 year ago

Bongani Maluleke, 44, an unemployed husband and father of four said: "I don't know why they are shooting at us, we are peacefully waiting for food. We were told by our councillor to come receive food. We were here yesterday and were told to come back today. I'm a contract worker and last worked in November; it has been very difficult to survive during this lockdown."

Another resident Goodwill Gondwe, 29, who arrived in South Africa in 2014 from Malawi, said he had never experienced such long periods of hunger since his arrival in the country.

Gondwe, who makes a living as gardener, said he feared people would die of hunger in Alexandra. "No one works here, it's better government give us food or people are going to die. We can't just sit at home and starve; if people are handing out food we will try to go get that food. It is wrong that the police are shooting at us. As it is, I hear people talking about looting spaza shops.

"We were looking forward to going back to work this Friday but the president has extended the lockdown. It's unfair on us, we are hungry", he said. Local councillor Lee Ibrahim said residents were not promised food parcels.

"A family acting on goodwill had decided to hand out food parcels to residents on Saturday, and the crowd escalated, word spread that people should come today, which is not true. We spoke to the family that there are proper channels to follow when donating and handing out food parcels so that we dont create confusion. We have spoken to the residents and assured them that we will communicate through their leaders when food parcels are available," Ibrahim said

WATCH: earlier we spoke to ward councillor Lee Abrahim, he told us that here was no promise for food parcels.

He asked to speak to us again to clarify what may have created the issue. A family came to Alex last week to distribute food parcels and they ran out #LockdownSA pic.twitter.com/HP9PVIlbXT