'Celebrities are not teachers': Education department slammed for using celebs to teach 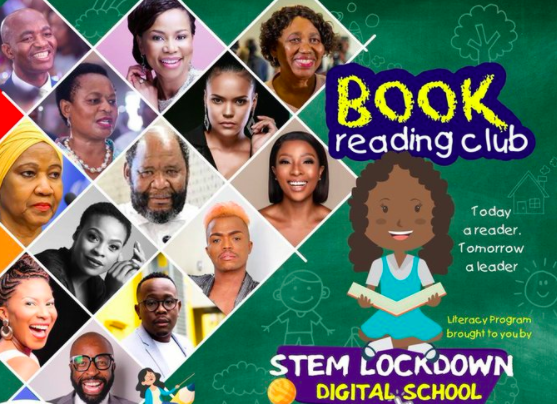 The department of education slammed for hiring celebrities to teach during lockdown.
Image: Twitter/@GovernmentZA

The use of celebrities to promote online learning for school children during Covid-19 induced lockdown has raised eyebrows and attracted cutting criticism on social media.

Yesterday, the department of basic education published on social media  posters of its campaign with the faces of celebrities such as Penny Lebyane, Pearl Modiadie and Mohale Motaung-Mhlongo as partners to the campaign.

However, the idea was not well-received with parents and teachers questioning the department's wisdom in its decision on the use of celebrities.

Some asked why unemployed teachers were not considered to help drive the online study for pupils locked down at their homes.

Though the department did not say the personalities will perform actual teaching tasks, other critics demanded to know why people without the South African Council of Educators' (SACE) permit were allowed in the teaching space.

The programme is run by Africa Teen Geeks, a computer science NGO.

Nonhlanhla Mnisi of Africa Teen Geeks said the initiative is aimed at supporting the department's efforts to help learning and teaching continue during lockdown.

Mnisi said the NGO started out by announcing a need for teachers to be part of the programme.

She said 9,000 applications streamed in from all over the country and only 56 were selected.

"These are the teachers with experience ranging from five to 20  years. We also appointed two student teachers, Motaung-Mhlongo and Mbali Tshabalala who have been doing exceptionally well, learning from their esteemed mentors in the field," Mnisi said.

Mnisi said they have a reading club in which they work with public figures and celebrities who have volunteered their time to read to children.

"It is imperative to note that it is reading and not teaching to promote awareness of the campaign which is targeted at grades R to 3."

Social media was abuzz with users complaining about this method of teaching.

Sir-Mac @rhulanamic wrote: "This is a pain to the education profession. I couldn't keep up with the presentation let alone my seven year old boy."

Ifi@ifi01801096 : "What they did here is a zero respect to teaching profession, these people have no method and they are not registered with SACE."

Bongi Mdludla @Bongi_ka_mafaku said: "Once more they failed us and the future of a black child is on a dark hole."

Department of basic education spokesperson Elijah Mhlanga said the initiative was created by a Non-Profit-Organization called Africa Teen Geeks who approached the Department with an idea for an intervention to support learners during the lockdown resulting from COVID-19.

"The Lockdown Digital Classroom is not a formal school, in fact it is not a school. It is an out-school project that was put in place as a temporary activity to urge learners to continue learning at home. It is optional and participation is voluntary. No subscription is required. It is free. Of the 56 teachers involved 54 are qualified and registered with the South African Council for Educators (SACE). Two are student teachers," Mhlanga said

The way teachers get disrespected by @DBE_SA and people in general . They forget we TEACHERS are the ones who make other careers ! We are treated as though we didn’t even study to be teachers . #CelebritiesAreNotTeachers

Tshidi from Malaika used to be a teacher

Lady Zamar used to be a lecturer#CelebritiesAreNotTeachers

Doing my Final year in education and this is the most painful thing I've seen in my entire life!!! Like I said I'll frame it put it on the wall try to look for other Avenues... 4 years for this nonsense #CelebritiesAreNotTeachers pic.twitter.com/hR5cgCrG7f

The greatest mistake I made was not being a celebrity

I would've volunteered if I knew 😭😭 pic.twitter.com/57ghtbLguy

Somizi can not sing but his an IdolsSA judge,
This will be the highest order of disrespect of S.A. teachers if Celebs are allowed to teach without qualifications
#CelebritiesAreNotTeachers pic.twitter.com/muTbGvpy5l

The problem with Mzansi is that we are led by politicians who are obsessed with fame and bright lights, that’s why you have Mbalula sharing cabinet decisions with Somizi, why Julius was defending Shimza’s snobbery and now this nonsense from @DBE_SA #CelebritiesAreNotTeachers

#CelebritiesAreNotTeachers@DBE_SA
I thought I couldn't be more bothered until I saw Pearls' video reading for Grade R-3. This must be a joke, no pictures, no role play, no mimicking, just nothing, teaching is not as easy as you make it out to be.

Im not being malice in any way, but guys did it not occur to you to advise whoever it is from @DBE_SA who gave you the teaching tender to get real qualified teachers? @mohale_motaung @PennyLebyane @PearlModiadie do you understand how critical this period for learners is?

When did Dj Sbu, Lamiez, Mohale, Somizi or anyone on that poster obtain a teaching degree 📜..? We need answers here #CelebritiesAreNotTeachers pic.twitter.com/DOEnuVrE2L

This is not something to joke about and write funny memes making people laugh. This is Serious, Graduates are sitting at home job hunting everyday people are laughing at them saying they went to study for nothing and now this happens.This is not funny.#CelebritiesAreNotTeachers pic.twitter.com/NUTIx969yh