WATCH | Limpopo mayor becomes Big Brother, thanks to a drone 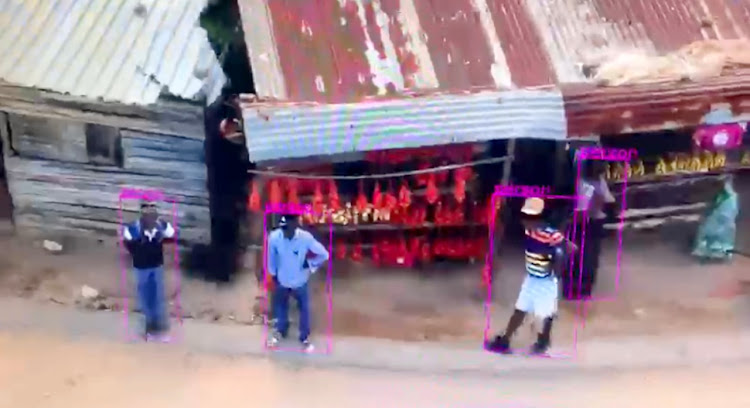 Artificial intelligence identifies each figure on the streets of a Limpopo village as a person.
Image: Supplied

Lockdown offenders in Limpopo now have the booming voice of district mayor Maripe Mangena tailing them down the street thanks to drone technology adapted to help fight the coronavirus.

Police and municipal officials of the Greater Tzaneen Municipality last week deployed a drone fitted with powerful speakers that broadcast Mangena's coronavirus messages as it hovered above busy streets and dusty pavements. Many residents were intrigued by the unusual sight, but others hurried away.

Not only can the drone broadcast reminders about physical distancing, it can record people and even count them – while officials monitor the footage and intervene if necessary. The first trial run resulted in an illegal shebeen being shut down.

“The drone was able to get real-time information about whether people are observing the lockdown,” said municipal manager Phapelo Matlala.

“We had a recording of the mayor and he was basically conveying a message to communities to say, ‘please respect the lockdown, stay at home, observe the hygiene and practise social distancing’ and so forth.” 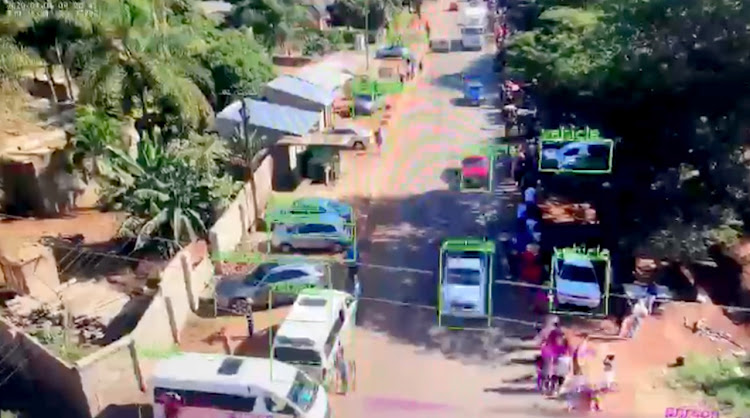 The artificial intelligence in action in footage from the drone.
Image: Supplied

The message was broadcast in Sepedi and Tsonga, the district’s most widely spoken languages.

“Where we find that regulations were not observed, the drone can go there, and the councillor can immediately say, ‘you guys, you are not observing’.”

The U.S. is resorting to drones to enforce social distancing amid the #coronaviruus pandemic pic.twitter.com/jvyyZkInnI

He said the mayor was rightly concerned about the infection threat posed by people returning to their villages from Gauteng for the lockdown period.

“Limpopo was one of the areas where there was a massive migration of people out of Gauteng, and the mayor was rightly concerned that in his environment people would be bringing the virus,” said Melamed.

“He wanted to make sure the president’s (lockdown) instructions were being obeyed. It is an enormous geographical area.”

The team used volunteer drone pilots to visit several areas. Footage from the drones was fed into an artificial intelligence (AI) app able to tally people and vehicles – and identify other objects.

“The advantage of using this technology is that although you are going to redeploy  a police officer to control and monitor the operation, the info you will get back will enable you to target response to relevant areas,” Melamed said, adding that many areas surveyed  by the drone appeared to be compliant.

“Unfortunately there were a few areas where lockdown wasn’t happening. There was one shebeen where there was a loud noise going on, and this enabled the police to shut it down.”

Matlala said the system was relatively inexpensive. “We are going to follow through with this. It is a technology whose time has arrived.”