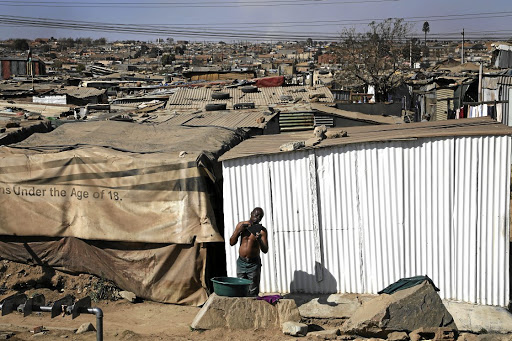 More than 21,000 families are set to be moved from 29 informal settlements across the country as government tries to stop the spread of coronavirus.

The removals are expected to begin in the next few weeks, starting with six informal settlements in Gauteng, Western Cape and Eastern Cape.

Sowetan has learnt that in Gauteng, informal settlements that will form part of the first batch of removals are in Atteridgeville and Mamelodi in Tshwane, Alexandra and Diepsloot in Johannesburg, Ivory Park near Tembisa and Duncan Village in Eastern Cape as well as Devon in Western Cape.

Stephen Poya, from a consortium of engineers who are assisting the department of human settlements with the mass relocations, said a housing development agency has identified land where people would be moved to.

He said people would not be moved too far from where they are currently living as they took into consideration things like work and schooling.

He said they would, preferably from tomorrow, start the construction with building roads and installing water infrastructures before moving on to build temporary houses.

Poya said the people who will be moved are those who were going to be relocated anyway, and because of the risks related to coronavirus they came in to accelerate the process that the government had already started years back.

Government is embarking on extraordinary mass removals of people from highly congested informal settlements in an attempt to curb the rapid spread of ...
News
1 year ago

A Soweto mother is living in fear after she was accused of deliberately spreading Covid-19 in her community by touching people's gates in the middle ...
News
1 year ago
Next Article