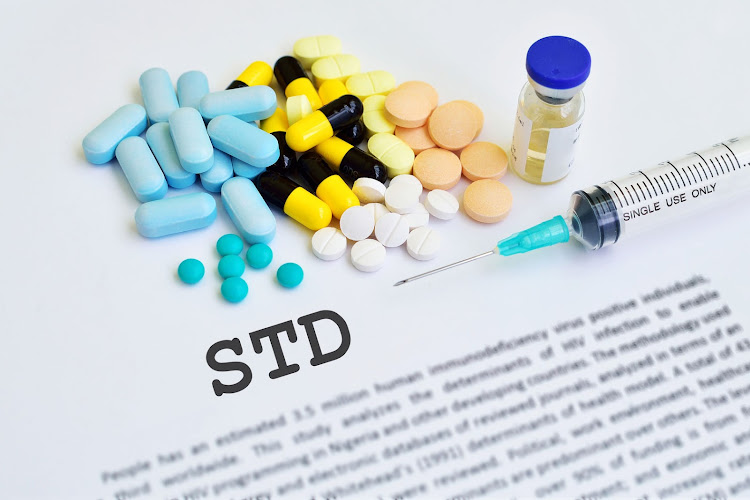 A senior departmental official confirmed the study to the Progressive Student Movement (PSM) at a meeting on March 9.
Image: Jarun Ontakrai /123RF

Seven percent of schoolgirls who participated in a study to gauge the effectiveness of the department of basic education's Comprehensive Sexuality Education (CSE) programme tested positive for sexually transmitted infections (STIs).

Researchers from MEASURE Evaluation at the University of North Carolina in the US, tracked the incidence of the herpes simplex virus 2 (HSV-2) in 3,606 grade 8 girls from five education districts in Mpumalanga and KwaZulu-Natal in 2016. They did so again in 2018.

The team examined whether the department's Scripted Lesson Plans (SLPs), used by pupils during life orientation classes, would result in an increase or decrease in the incidence of HSV-2, which causes genital herpes.

The lesson plans, part of the sexuality education programme, refer to teacher guides and pupil workbooks being piloted at 1,500 schools in five provinces.

According to the department, the purpose of the CSE programme is to address sexual abuse, HIV infections, pupil pregnancy, bullying and peer pressure, and help pupils make the correct decisions and stay in school until they complete grade 12.

Trained nurses collected biomarkers or dried blood spots from the girls in 2016 and 2018. The study involved 1,618 girls from Bohlabela and Gert Sibande in Mpumalanga, and 1,988 from King Cetshwayo, Pinetown and Umlazi in KwaZulu-Natal.

A survey conducted by the same research organisation in 2017, involving the same girls, found they had "a low knowledge of HIV and sexually transmitted infections (STIs)".

A key finding of the survey was that the percentage of sexually active girls participating in the study from KZN, who were using the lesson plans, increased from 11% in 2016 to 15% in 2017. In Mpumalanga, the figure increased from 10% to 17%.

A senior departmental official confirmed the study to the Progressive Student Movement (PSM) at a meeting on March 9.

Commenting on the results of the study to the PSM, the official said: "Young people are having sex. They are, whether you like it or not. What we are encouraging them to do through this process [the CSE programme] is to say the best thing to do is not to have sex."

However, one of the country's leading experts in child protection, Shaheda Omar, said despite the 7% incidence in HSV-2 among the participants, the department's sexuality lessons "have proven to be valuable and effective".

Omar, the clinical director at the Teddy Bear Foundation, said: "Obviously, the first prize should have been a zero-percent infection rate, but one can't say that the CSE programme is not effective.

"There's no turning back; we have got to continue with the sex education."

Thuthukile Mbatha, a researcher at health NPO Section27, said while a 7% infection rate may seem low, 252 pupils were infected.

David de Korte, national president of the South African Principals' Association, representing 3,000 heads of schools, said proper information on sex and relationships was the only defence schools could offer children against being sexually abused or manipulated.

As you’re turning up, remember that not everyone is always going to love turning up with you.
S Mag
1 year ago

Women regret one-night stands more than men, and researchers think they know why

Although as many as 7 in 10 of us will experience a one-night stand at some point in our lives, new research from Norway suggests how women and men ...
Good Life
4 years ago

Ladies, wake up! When it comes to money, you must learn to think with your heads and not your hearts - exchanging love for debt doesn't cut it. Be ...
Business
5 years ago
Next Article