Vinolia Mashego died in her sleep at her Mamelodi home - dad 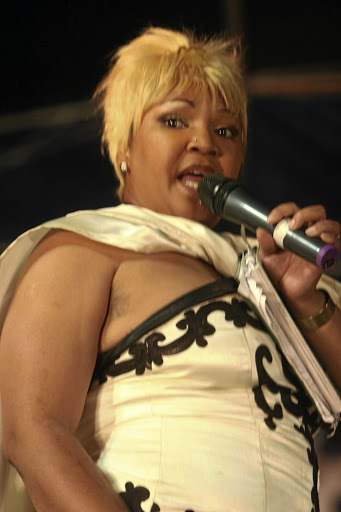 Mashego's father Collins and younger sister Prelley Seale told Sowetan they found Vinolia's lifeless body in her bed at her home in Mamelodi, east of Pretoria, yesterday morning. Collins said it was believed that she died of natural causes in her sleep. She was 57 years old.

"We got a call from the neighbours this morning [yesterday] that they had not seen her at all today. They were worried as she is someone that always wakes them up in the morning. Initially, I thought she was filming a TV show as she was someone that will do those things," Collins said.

"I informed my wife and we called the police. The police broke into the house and there she was in her bed sleeping forever. The paramedics were called and said she died of natural causes. No foul play is suspected."

Seale, who stays in Meadowlands, Soweto, was still shaken when she confirmed the news to Sowetan late yesterday.

"It's true. We got the news this morning. We are still shocked and we don't know what happened to her. Please call my father, he has more details," Seale said.

Friends and industry peers of the late TV presenter Vinolia 'V-Mash' Mashego have expressed shock and sadness at her sudden death.
News
2 years ago

Mashego is the oldest of three children. She is survived by one son, Oratile, who is in his 20s.

Mashego was also recently the host of TV show BhekaMina on Moja Love.

In 2014, she hosted music show PLS Call Me that aired on Mzansi Magic Music.

She also had small acting roles in daily drama shows such as Muvhango and Isibaya. Her acting career kicked off on SABC1 soapie Generations, playing the role of Hilda Letlalo.

Mashego featured in TV documentary Had It All which detailed her rise and fall.

After learning about Mashego's death, actress and musician Linah Ngcobo said: "I'm really shocked. Her death is a big loss for the country because she was talented. We had time to speak while shooting [Giyani] and she got along with everyone on set."

Musician Mercy Pakela, who started in the music industry with Mashego, praised the late singer and presenter as a great talent. "People who don't know V-Mash ... she was a very intelligent human being. She was knowledgeable and knew the world around her. She was very vocal about issues of artists' exploitation. She was vibrant and hyperactive." The two singers started together, singing bubble gum music in the 1980s. "We started together with Brenda Fassie and V-Mash, and we were very stout [naughty] together."