South Africa is the hardest hit African country in confirmed cases of Covid-19 as of April 5 2020 with 1655 cases and 11 deaths. We take a look at the progression of the virus since the first confirmed case on March 5 2020. Here's an overview of cases in the country.

The DA has raised concerns about the lack of provincial and regional detailed profiling of coronavirus infections in the country. 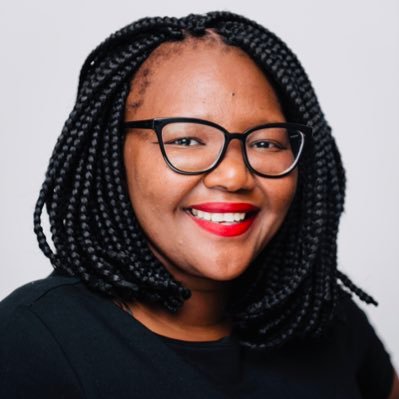 DA shadow minister of health Siviwe Gwarube said the thin detail in reporting of Covid-19 cases, with the exception of the DA-governed Western Cape, could be inaccurate. File picture.
Image: Twitter/Siviwe Gwarube

According to DA shadow minister of health, Siviwe Gwarube, only the Western Cape produced comprehensive profiling of infections.

This, she said, was worrying because it denied South Africans a clear picture of which areas were hotspots of infections and which were not.

Gwarube said the thin detail in reporting of Covid-19 cases, with the exception of the DA-governed Western Cape, could be inaccurate.

To this end, the DA has called for parliament's portfolio committee on health to convene to deal with these concerns.

A meeting has been granted and is set to happen “imminently”, according to Gwarube.

“This is good news. The DA will use this opportunity to seek urgent answers about the lack of provincial statistics with their regional breakdown from the provinces,” said Gwarube.

“With the exception of the Western Cape department of health, we are yet to see a clear and accurate breakdown of Covid-19 cases and daily infections by regions in the other eight provinces, which can be done with geo-mapping technology.

“This raises the serious question of whether this information does exist in the various provinces. If it does not, does this threaten the integrity of the national statistics?

“While certain information can be kept from the public due to clinical sensitivity, there is no reason other provinces cannot publicise this information, like the Western Cape does daily.

“It is also in the public interest to know where the outbreak is most severe, where it is declining and where it may be rising. We should also be updated every day about how many people are hospitalised with Covid-19 in each province,” she said.

In this regard, she said she penned a letter to Mkhize last week.

Last week, deputy health minister Joe Phaahla revealed that the country was struggling to speed up procurement of the protective equipment due to high demand and low supply from the main manufacturers, China.

The health ministry revealed the figures on Monday evening, adding that the coronavirus deaths have also risen.
News
2 years ago

Two patients in their 80s have died, bringing the death toll from Covid-19 to 11 in South Africa, health minister Zweli Mkhize said on Sunday night.
News
2 years ago
Next Article