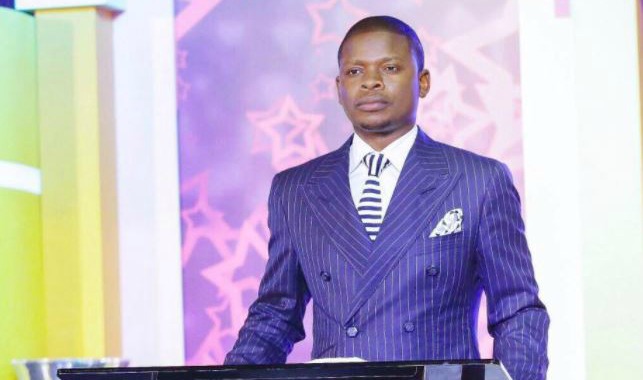 Social media has reacted with shock to controversial Prophet Shepherd Bushiri's video in which he tells his followers to pay their tithes and offerings.

"You are saying it's a 'Sunday and I cannot go without my offering'. There's a church account I'm putting on the screen right now," Bushiri says in the 27-second video, which is trending on Twitter.

The most selfish and cruel thing that one can do is to take someone's hard earned money that they sent you as a kind and loving gesture and you take it and give it to #Bushiri pic.twitter.com/XhyDnWYFFs

Banking details of the church are seen appearing on the video, as Bushiri implores his followers to give their offerings.

Twitter users were mainly shocked by Bushiri telling his followers, particularly females, to not listen to what their men say and pay their offerings and tithes.

"Did he say don't listen to what your man is saying?," asked @Queen_Pardo.

@vittomohlanka tweeted, ""A whole prophet says you shouldn't listen to your husband, yet the husband is the head of the house according to the Bible... this one doesn't have compassion. We're in a middle of a crisis, economy-wise but he's still milking people."

@Lostris_KT.JNR_3000 said: " It would've have been nice if he donated money not this thing of sucking people's lives who are about to lose their jobs in a few weeks".

Churches fall in line with reduction in congregants

Some of the major religious bodies have called off church services and suspended planned gatherings for Easter as part of government's plan to curb ...
News
1 year ago
Next Article