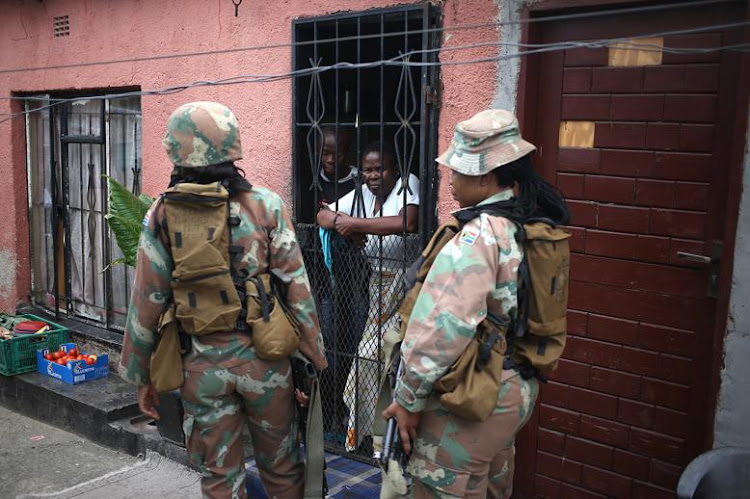 The non-governmental organisation (NGO) that took the government to court over alleged police and defence force brutality in enforcing the Covid-19 lockdown has withdrawn its case, after President Cyril Ramaphosa accused it of failing to provide admissible evidence.

The Fair and Equitable Society (FES) served a notice on lawyers for Ramaphosa and SA Police Force and SA National Defence Force ministers Bheki Cele and Nosiviwe Mapisa-Nqakula, respectively, on Sunday afternoon, that it was withdrawing the case, reports BusinessLIVE.

The case was due to be argued on Tuesday. FES has yet to comment publicly on the reasons for the withdrawal of its application, in which, among other things, it sought an order that alleged law enforcement brutality during the shutdown had violated the constitution.

A source close to the case told Business Day that the NGO may re-enrol the case, after securing sworn evidence confirming the veracity of social media footage and media reports about alleged brutality, which it had relied on to make its original case.

On Friday, Ramaphosa defended the conduct “in general” of the 18,000 police and defence force personnel enforcing the government’s lockdown regulations and maintained that he had “no specific knowledge” of law enforcement officials behaving unconstitutionally.

“I have no reason to believe that they have acted unlawfully and in the event that there may be incidents of unlawful conduct on their part, such conduct must be reported to the relevant authorities,” the president stated in papers filed at the Pretoria high court on Friday afternoon.

While stressing that he did not take the allegations of police and SANDF “abuse of power” made by FES “lightly”, the president said the NGO’s application “simply alleges abuse without any specificities” and said it was “misconceived”.

He stressed that FES “must assist us with more than just reference to unidentified culprits circulating in various media platforms”.

In court papers, Ramaphosa made it clear that “should there be any complaint about the conduct of our security personnel, such complaints must indeed be lodged with the relevant authorities tasked with the investigation of such matters”.

FES wanted the high court to order that members of the SAPS and SANDF “have violated the constitutional rights of South Africans, the SA Police Service Act and Government Gazette no 43096 in using violence, excessive force, torture and assault”.

It wanted law enforcement to be interdicted from engaging in such conduct in the future and had asked the high court to rule that “the state of disaster ... has not and does not suspend constitutional rights of all South Africans.”

A man who was arrested for allegedly failing to self-isolate in Gauteng and instead travelled to Limpopo two weeks ago, has recovered from Covid-19 ...
News
2 years ago

President Cyril Ramaphosa has defended the conduct - “in general” - of the 18,000 police and defence force personnel enforcing government’s Covid-19 ...
News
2 years ago
Next Article