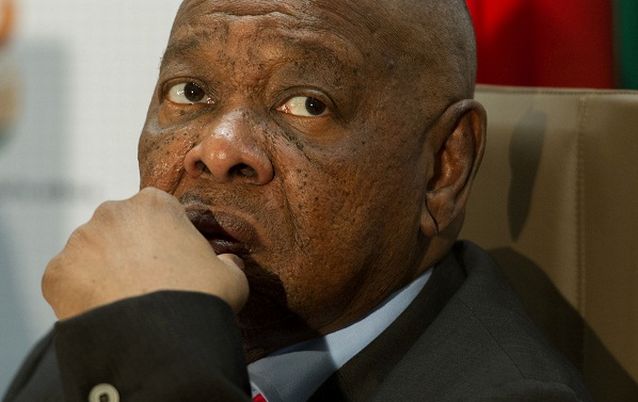 The 76 TVET college students who have been in quarantine at the Birchwood Hotel in Kempton Park, east of Johannesburg, since returning from China, were allowed to go home on Saturday morning.

The students returned from China after having been in work placement at Chinese companies arranged through various sector education and training authorities (Setas).

Addressing the students ahead of their release, higher education minister Blade Nzimande said government took precautions to put them under quarantine to ensure that the virus was not imported into the country.

Dineo Motake, a 25-year-old student who was repatriated from China after the outbreak of the coronavirus, could not wait to arrive home and give her ...
News
2 years ago

“Today you are leaving for your homes to be reunited with your families after spending several months in China, and the last 14 days in quarantine. I am delighted to be here today to officially release 76 of you from quarantine. You were known as the Birchwood Group. I can confirm that the Birchwood Hotel is now a green zone,” Nzimande said.

According to the minister, his department was informed late on the evening before the students’ arrival in the country that they should be placed in quarantine. “We called a few hotels, and really appreciate that Birchwood took the decision immediately to avail their facilities to government for this purpose,” Nzimande said.

He also thanked the parents who were ready to fetch their children and understood and co-operated with government when they were told that their children would be quarantined.

“As those most affected, you, the students, were not informed that you would be placed in quarantine upon arrival. By the time the decision was taken you were already en route,” he said.

Nzimande encouraged the students to maintain the discipline of social distancing, encourage people to wash their hands and to report to their health facilities any signs of this disease when they are in their home environments.

“You are the best evangelists of a lockdown, because you, above anyone else, have seen that a lockdown does work. I urge you to spread the message to South Africans, what a lockdown can do, because Wuhan was able to reduce the level of infections because they had a lockdown,” Nzimande said.

He said under normal circumstances he would have received a report on the experiences the students gained in China but said he would still like to receive a report from them on how their work experience has benefited them as individuals and their colleges.

Four students will remain under quarantine until Tuesday, as they had arrived later.

Nzimande also thanked police and the Gauteng health department for making their services available to conduct the tests during the quarantine period. The minister also said two students were admitted to hospital for non-Covid-19 related illness.

Breakdown of students per province:

A group of people who tested positive for the coronavirus in Limpopo are currently being kept at the Modimolle MDR Hospital.
News
2 years ago