Credo Mutwa to be laid to rest in Northern Cape 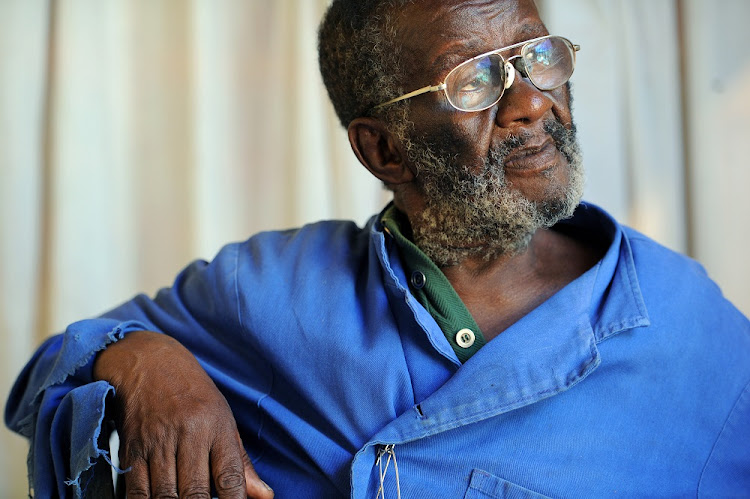 Iconic spiritual elder and sanusi Credo Vusamazulu Mutwa, who died last week, will be laid to rest this coming Saturday.

Mutwa will be buried in Kuruman in the Northern Cape, where he has been accorded a provincial special official funeral, the department of sport, arts & culture said.

Mutwa died on Wednesday last week at the age of 98. He was a playwright, poet and storyteller. The department has announced that when Mutwa died, it had already organised annual lectures that were scheduled to kick off from March 20 in honour of the legend.  The lectures were postponed due to the Covid-19 outbreak in SA.

Minister Nathi Mthethwa said in a statement: “These lectures were scheduled to take place across the country, in several provinces that formed a part of Baba Mutwa’s life journey. The department of sport, arts and culture celebrated him as a living legend through initiatives that would ensure that we share his teachings and uphold his personal and professional integrity, whilst he was still alive.”

Born on July 21 1921, Mutwa was an advocate of life, health, culture and spiritual wellness, and founded Vulinda Trust in 1999 to preserve traditional knowledge and to promote the use of traditional medicine.

He researched plants for the purpose of healing, most popularly a plant called Unwele, traditionally used as a wellbeing tonic, which has demonstrated anti-cancer activity through in vitro studies.

He was also an author, having written books like Indaba, My Children which sold over 250,000 copies. He also wrote a stage play titled uNosilimela which toured the world.

Mutwa was trained in Swaziland as a traditional healer and came back to SA where he settled in Soweto. He left Soweto after his house was burnt down and moved to a village outside Mahikeng, in the North West.

Credo Mutwa was the stone that the builder refused, the prophet who was denied honour in the land of his forebears.
News
2 years ago

The late icon of African spirituality and heritage, Credo Mutwa, had incredible knowledge about Africa and earned respect among international ...
News
2 years ago
Next Article