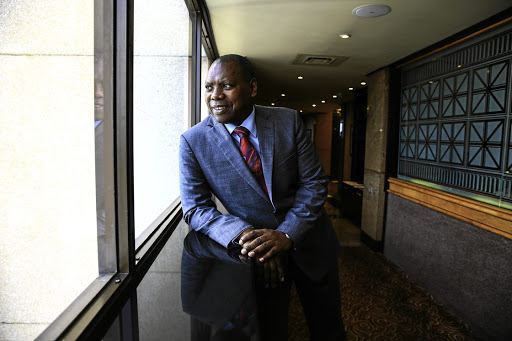 Health minister Zweli Mkhize said on March 31 2020 that the increase in Covid-19 infections was lower than expected.
Image: Simphiwe Nkwali

SA was only 27 days into its coronavirus drama on Tuesday when the health minister said there was a glimmer of light at the end of the tunnel.

Speaking at a new conference in Durban, Zweli Mkhize said the number of Covid-19 cases was increasing slower than anticipated.

He hastened to add that the fifth day of the national lockdown was too soon to gauge its effect, and Nazir Ismail, of the National Institute for Communicable Diseases, said the apparent slowdown in the rate of reported cases should be viewed with caution.

However, new evidence has emerged from Wuhan, the Chinese city where the new coronavirus originated in January, suggesting that strict control measures in the first 50 days of the outbreak retarded its spread and may have saved more than 700,000 people from infection.

President Cyril Ramaphosa believes that a state of lockdown by the Chinese government was the reason South African citizens returned uninfected from ...
News
2 years ago

An international team of researchers whose findings were published in the journal Science on Tuesday said they could be useful to countries like SA that were still in the early phases of the war on Covid-19.

“The number of confirmed cases in China by day 50 (February 19) of the epidemic, was around 30,000,” said Christopher Dye, visiting professor of zoology and visiting fellow at the Oxford Martin School, University of Oxford.

“Our analysis suggests that without the Wuhan travel ban and the national emergency response there would have been more than 700,000 confirmed Covid-19 cases outside Wuhan by that date.

“China's control measures appear to have worked by successfully breaking the chain of transmission - preventing contact between infectious and susceptible people.”

They examined the movements of 4.3 million people out of Wuhan before the travel ban, the types and timing of control measures implemented across the cities of China and the numbers of Covid-19 cases reported each day in every city.

“One fascinating aspect of our work is that it shows the power of novel data streams such as cellphone mobility data,” said Ottar Bjornstad, from Penn State University in the US.

“Since the time period we studied included the spring festival holiday and Chinese lunar new year, we were able to compare patterns of travel into and out of Wuhan during the outbreak with cellphone data from two previous spring festivals.

“The analysis revealed an extraordinary reduction in movement after the travel ban of January 23. Based on this data, we could also calculate the likely reduction in Wuhan-associated cases in other cities across China.”

The team's model found that the Wuhan lockdown delayed the arrival of Covid-19 in other cities by several days.

“This delay provided extra time to prepare for the arrival of Covid-19 in more than 130 cities,” said Huaiyu Tian, an epidemiologist at Beijing Normal University.

As a result, they reported 33% fewer confirmed cases during the first week of their outbreaks than cities that did not implement such a response.

But Tian said further vigilance was vital. “Given the small fraction of the Chinese population that has been infected, a much larger number of people remain at risk of Covid-19. We are acutely aware that resident or imported infections could lead to a resurgence of transmission.”

Bjornstad said Covid-19 may become endemic in humans in the years to come. “It is critical to keep in mind that this virgin epidemic likely will affect people of different ages and susceptibilities, and therefore have different fatality levels, than possible subsequent seasonal epidemics.”