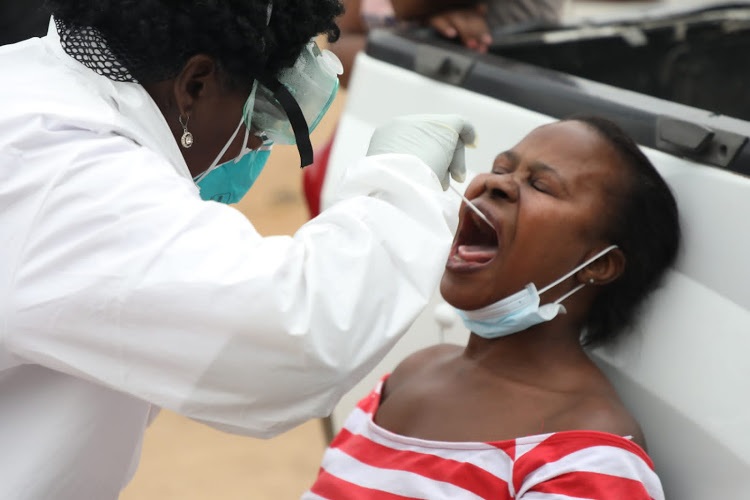 President Cyril Ramaphosa first announced the impending introduction of the track and trace method using technology during his address to the nation on Monday.
Image: Thulani Mbele

Government will now use technology to track those infected with Covid-19, including retracing their movements using their cellphones and finding those who may have come in contact with them.

This is yet another dramatic measure by government to step up the fight against the coronavirus that has now infected over 1,300 people and left five dead.

President Cyril Ramaphosa first announced the impending introduction of the track and trace method using technology during his address to the nation on Monday. "Using mobile technology, an extensive tracing system will be rapidly deployed to trace those who have been in contact with confirmed coronavirus cases and to monitor the geographical location of new cases in real time," said Ramaphosa

According to a presentation made to the Gauteng executive committee recently, new regulations will be passed which would allow government to trace movements of people who test positive for the virus without having to approach the courts for an order.

Several officials who attended the Gauteng executive committee meeting at the weekend where the presentation was made, said the system would use either identity number, mobile number or even a full name and surname of an infected person. More information would be sourced from either home affairs, deeds register or personal details available through the Financial Intelligence Centre Act.

At least nine Alexandra residents have been placed under quarantine after coming in contact with a resident who tested positive for Covid-19.

The man apparently ignored instructions to remain in isolation pending confirmation of his results and travelled to Limpopo before the start of the national lockdown.

He was traced to Limpopo, where he is currently being held in isolation at a health facility, the Gauteng department of health said in a statement.

An elderly man from Krugersdorp died on Monday at a private hospital on Gauteng's West Rand, becoming the province's first Covid-19 death.
News
2 years ago

Testing has begun on Tuesday in Setjwetla, Alexandra, where the first positive case of Covid-19 was found in a Johannesburg township.
News
2 years ago

According to officials, as soon as an infected person's cellphone number is obtained, the mapping of their movements since testing positive or showing signs of coronavirus using information from mobile networks would begin.

"Once there's a cellphone number, we could go to the cellphone companies... and we will be able to map the infected person's movement and be able to know where they've been, technology allows that to happen," said an official who was present at the meeting.

The same technology would also be used to get other cellphone users that may have come close to the infected person, even if they don't remember themselves.

"If the positive person had been at a certain place, technology would be able to tell us of everyone who was within a metre or two from that person through their cellphones, so we are not going to rely on the information that the infected remembers on who they were in contact with," another official said.

All those that would have come close to the infected person would be traced to be tested and the same tracking method is used on them.

"With the new regulations, we won't need to go to court to obtain permission to do such, the regulations give authorities that power but we can only use them for the purpose of tracking the infected person."

The plan also involves another element called the vulnerability map, which uses information from Statistics SA and other private service providers to identify all vulnerable areas on which government could be able to put more resources on.

Government already has information such as diabetes and HIV/Aids prevalence rates of areas which would be considered as vulnerable to covid-19 already.

"We are able to know that if the disease hits a particular area, what are the chances of it spreading faster using different socioeconomic indicators... so with limited resources, government would be able to narrow down to the area which would require most resources," another official said.

Sowetan has learnt there are private service providers with existing technology and are now able to provide government with real-time and up-to-date data such as the number of shacks and households in a particular area.