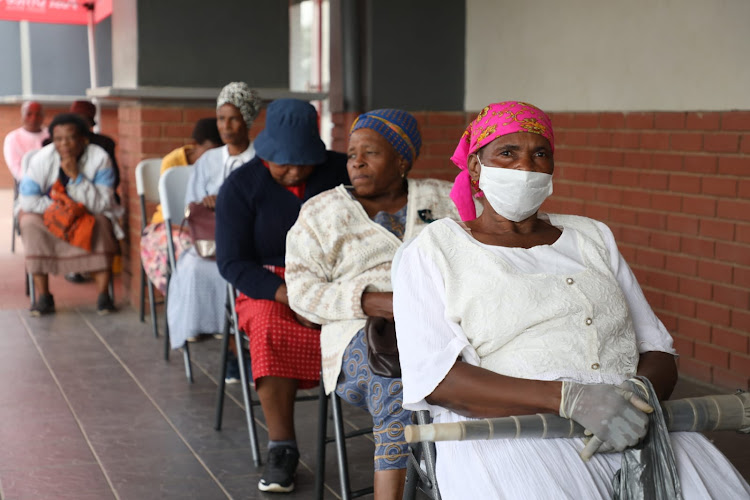 Pensioners in line to recieve their grants amid the covid-19 outbreak
Image: Thulani Mbele

Pensioners and children from poor households should see the annual social grant increase coming to an end.

This was a warning from an economist after ratings agency Moody's decided to downgrade SA's credit rating to junk status at the weekend.

"For a country with a wide fiscal deficit, reliant on foreign savings to close the gap between revenue and expenditure, it'll be excessively expensive to fund its fiscal deficits through borrowing in the future," said the economist who asked not to be named because he works for a state entity.

"Combined with weakening economic activity from the scourge of Covid-19 and generally widespread global slowdown, the country is more likely to miss its revenue target for the umpteenth time, meaning that fiscal authorities would have to deploy deep fiscal cuts, further impacting public service salaries and other public expenditures.

Gogos stranded as taxis fail to operate for grant recipients

As taxis failed to operate in Atteridgeville, many gogos and oupas on Monday were forced to walk to various social grant pay points.
News
1 year ago

"Social grants and social insurances like public pension and other grants, the yearly increases enjoyed over the last 10 years or so, could be halted and the public works programme could be curtailed with massive impact on the employment levels of the country," said the economist.

Another economist Duma Gqubule believes the current instability in the market would last for about a week. "I think after that things would be back to normal. However, it's important to realise that the current market instability precedes Moody's downgrade as there has been a mass movement of funds from emerging markets to currencies like the US dollar since the coronavirus crisis. This has seen the dollar appreciating against most currencies.

"This is the reason I believe the falling currency would have a material impact on the man on the street. I do think the Reserve Bank can intervene to prevent possible dangers to our economy," he said.