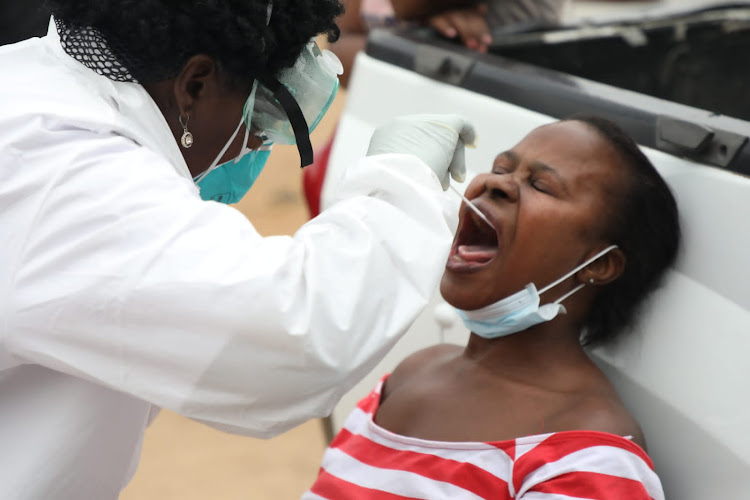 Residents in Alexandra are being tested for Covid-19
Image: Thulani Mbele

Testing has begun on Tuesday in Setjwetla, Alexandra, where the first positive case of Covid-19 was found in a Johannesburg township.

Neighbours of the man who tested positive and later left for Limpopo queued in the informal settlement, voluntarily allowing health workers to do the test.

Gauteng health MEC Bandile Masuku said the tests were part of the government’s measures which were announced by President Cyril Ramaphosa on Monday night.

“It is part of the announcement made by the president yesterday. When you respond to a pandemic or epidemic, there is what we call a mitigating phase, after containment. We knew that we are not going to wait for containment to be completely [done] but integrate and make sure that we are able to overlap both phases.

“This phase is an important one because it involves us going to the community, where there is high density of contacts, to be able to ascertain and make sure that the community is protected.  We are testing the people who have been in contact with him [the first positive case], particularly those who were very close to him,” Masuku said.

Masuku said the department expects to test between 100 to about 150 people on the day. 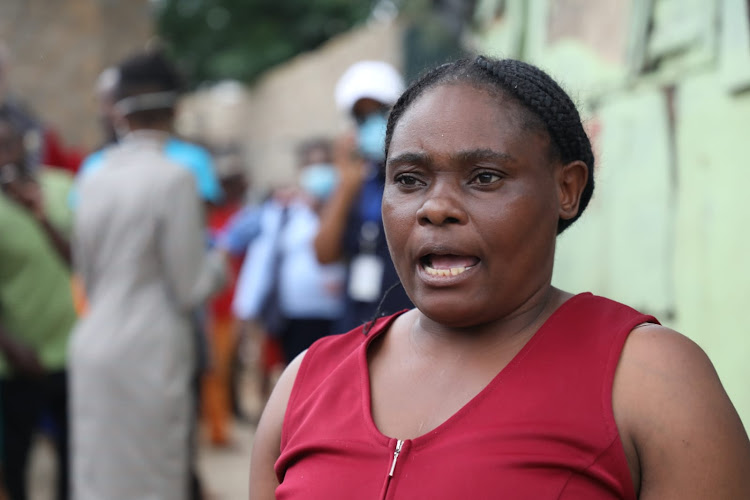 Nyiko Mabasa of Alex is relieved after doing a Covid-19 test in Setjwetla, where a person who had tested positive lived.
Image: Thulani Mbele

“As we are here the people have volunteered and come for testing. They wanted to be tested. If we find that a person is positive, we then remove them immediately from the community with their family to a place we’ve arranged. Currently we have nine individuals who are on quarantine from this area,” he said.

He said the time to be spent by the department in the informal settlement will depend on how long it takes to complete the testing of all the people.

“We will try and ensure that we cover the majority of the people who are at high risk in terms of contact. Going forward, where we find areas with high levels of density of contact, we are going to move in and deploy most of our resources there. We want to protect the communities that are vulnerable,” Masuku said.

Nyiko Mabasa, one of the man's neighbours, was relieved by the visit from the health workers.

“I am happy that I tested. I am just waiting for results now. If my results are positive I will cooperate and go to the place where government will take us for quarantine. I will also ensure that my community is aware of my results. The man who tested positive was our neighbour. We share the same toilet and the taps with him,” Mabasa said.

On Monday, the Gauteng department of health confirmed that a person had tested positive in Alexandra but instead of quarantining himself, he left for Limpopo. The man was ultimately tracked and found there. All those who had been in contact with him were immediately identified and quarantined.

There have been fears that if Covid-19 hits densely populated informal settlements it would be difficult to contain.

The number of confirmed Covid-19 cases has risen to 1,326 - and three people are confirmed to have died from the respiratory illness.
News
1 year ago

Limpopo has recorded its first recovery of a Covid-19 case.
News
1 year ago

The Limpopo provincial government says it has welcomed the negative Covid-19 results of two members of the executive council.
News
1 year ago
Next Article