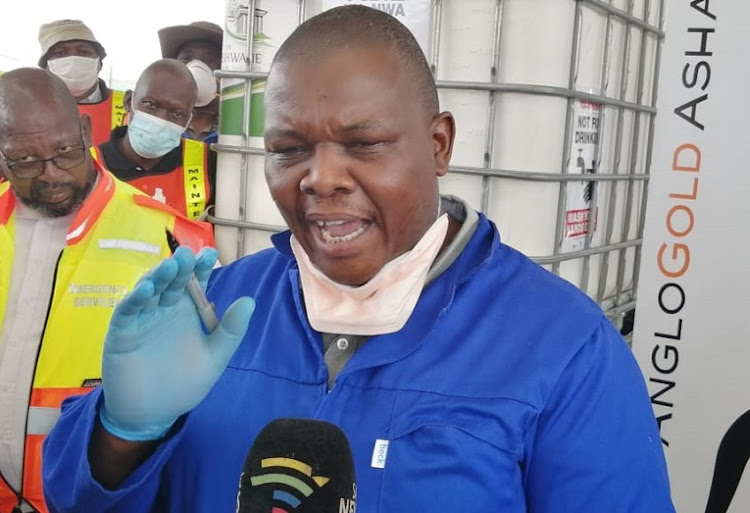 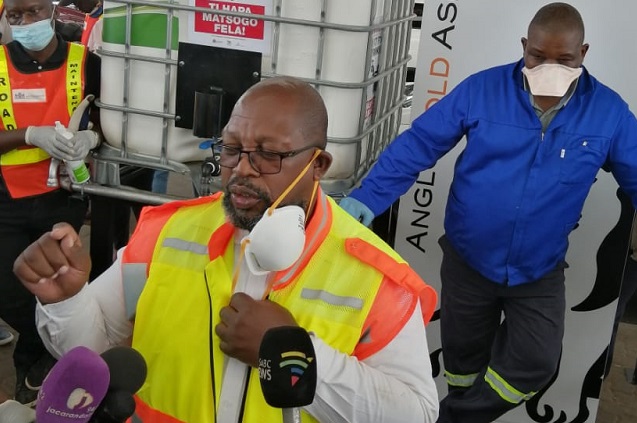 The three 1,000 litre tanks will be at three busy local taxi ranks and will be used by taxi commuters, queue marshals and taxi drivers to constantly wash their hands in an effort to curb the spread of the coronavirus outbreak.

The tanks were unveiled by Gauteng roads and transport MEC Jacob Mamabolo who was accompanied by City of Tshwane administrator Mpho Nawa, members of the National Taxi Alliance (NTA) and the SA National Taxi Council (Santaco), at Kopanong taxi rank situated along the R101 road.

Rea Baitshenyetsi, AngloGold Ashanti's CSI manager, said with the three tanks they were contributing to efforts that will help fight against the spread of the coronavirus.

Nawa said they as the city would ensure that the three tanks were filled up with water every single day to ensure that they don't just stand empty without serving their purpose.

He said the Hammanskraal water problem was the city's number one priority area and they would soon announce steps to resolve the issue.

The area has a long-standing water problem as the CSIR has found that tap water was of poor quality for human consumption. Residents mainly rely on water delivered daily in water trucks.

Thabo Moila from Santaco Tshwane said inasmuch as they appreciate the gesture from AngloGold Ashanti, they were still faced with issues of not having toilets at some of their taxi ranks, including Kopanong where the water tanks were unveiled.

"What's happening here today is great but it's long overdue and we hope the problem of not having toilets is also attended to," Moila said.

Mpho Motsepe, from NTA Gauteng, said the taxi industry had been ignored for too long and the donation by AngloGold Ashanti would go a long way in the fight against Covid-19.

Water shortages have made it difficult for Hammanskraal residents to follow advice from authorities to wash hands regularly as safety measure against ...
News
1 year ago

EFF leader Julius Malema has welcomed the decision taken by Gauteng provincial government to place the City of Tshwane under administration, saying a ...
News
1 year ago
Next Article