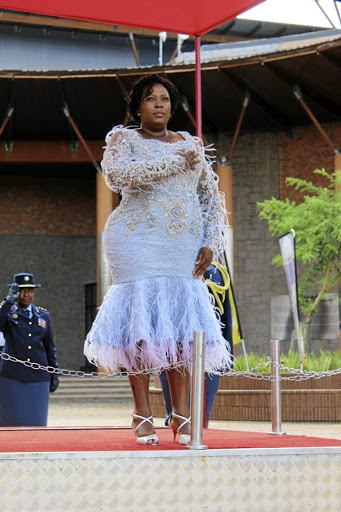 There is a mystery around Mpumalanga premier Refilwe Mtshweni-Tsipane's absence from public life in recent weeks with allegations that she was hospitalised as a
result of suspected poisoning.

Mtshweni-Tsipane was last seen nearly three weeks ago when the initial cases of the coronavirus were announced in her province.

Her absence in the public spotlight has raised question marks in political circles, but her office yesterday emphatically denied that she had been hospitalised,

City Press reported that Mtshweni-Tsipane spent days at the 1 Military Hospital in Pretoria, apparently fighting for her life, while the country was battling with the spread of the coronavirus outbreak.

Her spokesperson Sibongile Mkani-Mpolweni denied that the premier was in hospital, or suspected of having been poisoned.

"The premier is not recovering from anything, she's in good health at home. She was never hospitalised," Mkani-Mpolweni said.

"These are baseless allegations."

But sources within the premier's office told Sowetan that there was a plot to eliminate Mtshweni-Tsipane.

The plot is apparently linked with the upcoming provincial conference of the ANC to elect a provincial chairperson to replace Deputy President David Mabuza.

"Yes she spent about three days in hospital, we are not sure on how they managed to keep this off the eyes of the public because some of her employees are not aware.

"She didn't even appoint an acting premier during her time of sickness," said a source at the premier's office.

Two other sources within the provincial government told Sowetan, on condition of anonymity, that she had been hospitalised, but was discharged about a week ago.

A mother is fighting for her life in an intensive care unit after she and her two children, who died an hour after supper, were apparently poisoned.
News
2 years ago

An eight-year-old pupil who mysteriously died after allegedly eating a poisoned candy bar at her Bloemfontein school last week, will be honoured with ...
News
2 years ago
Next Article