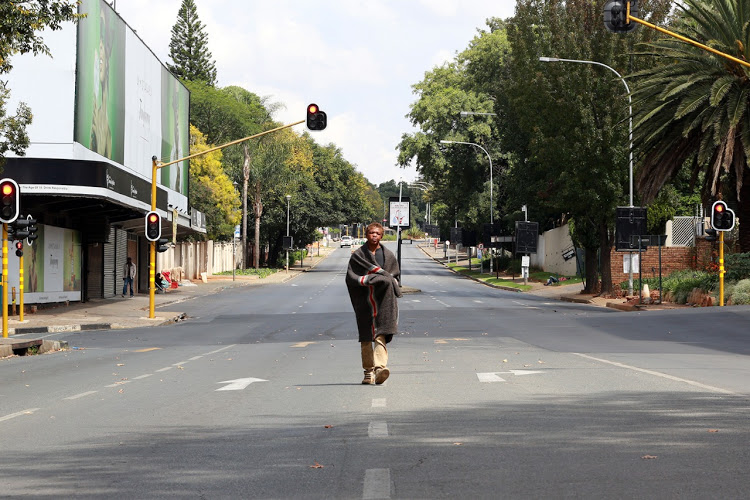 The City of Tshwane has announced four locations where homeless people will be relocated to during the national lockdown.

Tshwane head administrator Mpho Nawa said homeless people would be relocated from Caledonian Stadium where they were currently based to improved facilities which will be the Heartfelt Arena, NG Kerk in Arcadia, Unisa Study Halls in Sunnyside and Melodia Tshwane along Bosman Street.

“Tents will be erected at Caledonian Stadium to supplement the city’s capacity. In the meantime, additional sites such as schools, churches and parking lots are being assessed on an ongoing basis as the number of those who need assistance is expected to rise.

The relocation of the homeless people began on Monday.

Nawa added that the city’s health department will also provide additional support for those who are dependent on substances.

Social workers, health workers, Tshwane metro police and the SAPS will be deployed at each of the sites.

“It is imperative that we respond with consideration for the plight of vulnerable residents. I can assure you that officials are working around the clock to prove that this is indeed a caring government,” Nawa said.

Local and provincial governments across the country have been tasked to provide accommodation for the homeless during the national lockdown. All cities are expected to provide shelter, food and health support to homeless people as part of the government’s measures to contain the spread of Covid-19.

Residents in Orlando were left infuriated after a group of homeless people  were "dumped" there without adequate food and security.
News
2 years ago

'I'm trying to save lives... This is not the time to ask nicely,' says cop
News
2 years ago
Next Article