Taxis to operate for 8 hours a day during lockdown: Mbalula 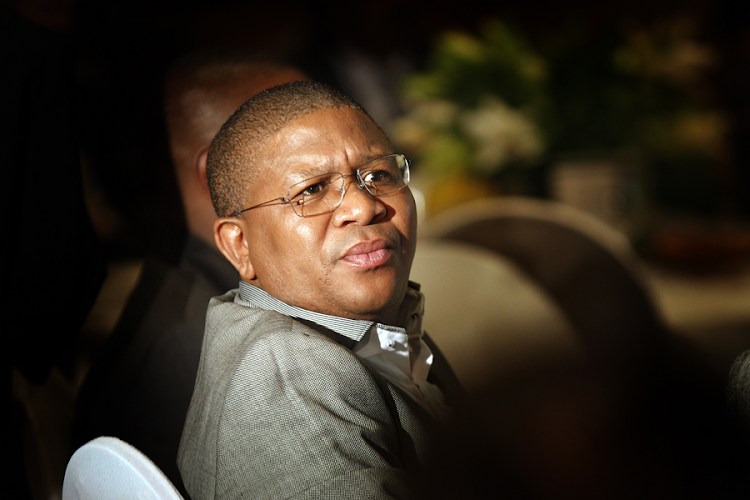 Transport minister Fikile Mbalula confirmed on Wednesday that public transport will shut down completely for 21 days, except at specific times for certain workers.
Image: SOWETAN

You will only be able to use public transport for eight hours a day to get essential items such as food and medicine once the national lockdown kicks in.

Speaking on Wednesday at a justice and crime prevention security cluster press briefing, transport minister Fikile Mbalula said public transport would only be available 5am and 9am, and 4pm and 8pm.

E-hailing services such as Uber, Bolt and metered taxis would also be allowed to operate, under the same arrangements made for minibus taxis.

Trade and industry minister Ebrahim Patel also said his department was finalising operating hours to be implemented by retailers during the lockdown.

Mbalula said taxis would be permitted to transport essential services workers and consumers to shops, but under strictly control measures that observe social distancing to limit the spread of Covid-19.

Limpopo police arrested a COVID-19 patient who failed to quarantine in Gauteng after testing positive.
News
2 years ago

"All people are catered for in terms of public transport, prioritising essential services, that takes into consideration people needing to go to hospitals, to buy groceries and so on. You will be catered for between 5am and 9am, and again between 4pm and 8pm," he said.

"The lockdown seeks to limit unnecessary movement, so that also has an impact on transport because you cannot commute like business as usual. For example, today at Park Station with people packing and leaving in numbers, that is exactly what is not needed.

Bus services such as Rea Vaya in Gauteng and MyCiTi in Cape Town have been suspended until after the lockdown.

"There will be no buses - only those transporting people to work, such Eskom workers and those going to hospital," said Mbalula.

Train facilities such as Metrorail and Shosholoza Meyl have also been prohibited from operating, along with all domestic flights.

Services offered by the department of transport, like driver's licence applications and renewals, have also been put on hold.

Mbalula said citizens would not be penalised if their driving licenses expired during the lockdown period.