Infant among six killed as taxi, truck collide in KZN 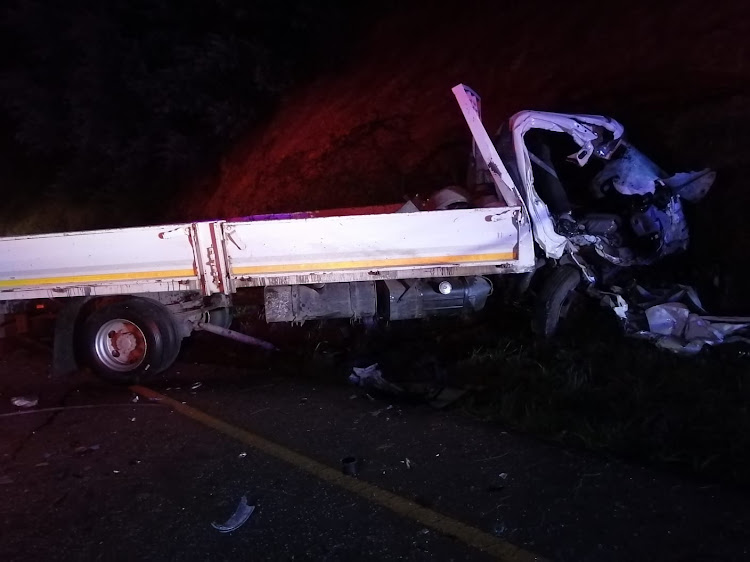 Six people were killed and eight others injured in a collision between a taxi and truck on the R56 in Richmond in KwaZulu-Natal on Friday morning.

ER24 spokesperson Russel Meiring said paramedics arrived on the scene at 2.24am to find two vehicles on the side of the road.

“The entire one side of the taxi had been completely ripped open in the collision,” he said.

Medics set up a triage area and began to tend to the patients.

“Medics found that four women, a man and an infant had sustained numerous fatal injuries. Nothing could be done for them and they were declared dead.

“Eight other patients were tended to. Assessments showed that six people had critical injuries while two others had moderate injuries,” Meiring said.

“Once treated, one critically injured patient was airlifted by a private medical helicopter to a nearby hospital while the remaining patients were transported by ambulances to nearby facilities,” Meiring said.

Gunshots erupted in taxi violence at Mbekweni, Paarl, on Wednesday evening that saw 15 individuals arrested and a man shot to death in his shack.
News
1 year ago

The panic buying that has engulfed the country since the announcement of the national lockdown is about to turn alcoholic.
News
1 year ago
Next Article