'It's worse than Christmas': Durban car guard on panic buying Payday brought with it a flurry of panic buyers, who rushed to retail outlets across Durban on Wednesday morning.

Members of the public queued outside, trolleys at the ready, while security officers restricted the number of people allowed into stores, in line with government's regulation of not more than 100 people being allowed to gather in one place.

Buhle Sithole, 42, said she had taken time off work to purchase essentials before the lockdown was implemented.

It comes into effect at midnight on Thursday and lasts until April 16.

The mother of two said she could not be considered a panic buyer because she was doing her normal monthly shopping.

“It's payday. What do people do when they get paid? They go out to buy groceries. Some people are really taking it to the extreme, like we're going to be locked down for six months or something.”

She urged shoppers to only purchase what they would usually use in a month.

Marius Pietersen, 24, a car guard in Queensburgh, south of Durban, said after President Cyril Ramaphosa's announcement of a lockdown on Monday, shopping centres had been packed.

“It's worse than the Christmas period, or even Black Friday. It's constantly busy. Usually you would have certain quiet times during the festive season, but that's not what we're seeing now.” 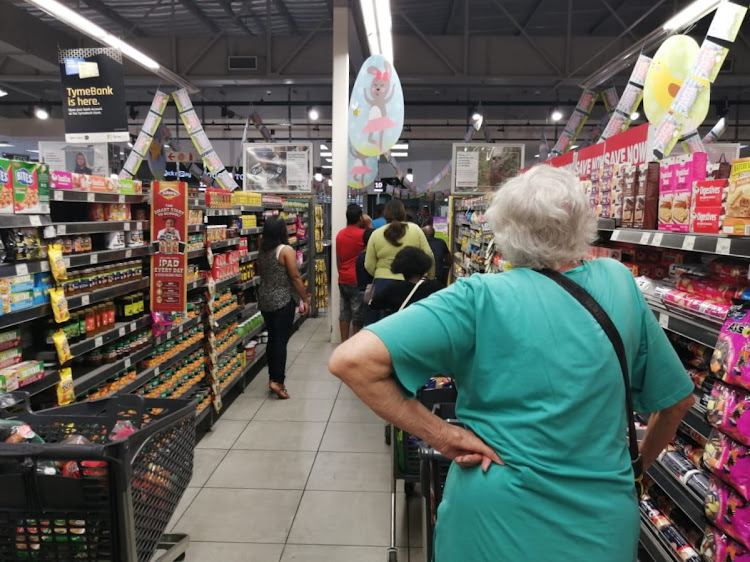 “People are scared to even open their windows. Social distancing is a big thing and you cannot blame them.”

He said he had stocked up on rice and vegetables.

“I'm not sure what's going to happen, but I don't think there will be much work for us. We'll just have to wait and see.”

Meanwhile the regional manager of a popular retail outlet, who spoke on condition of anonymity, said they were running out of a lot of products — quickly.

“It's crazy, seriously. Initially it was things like canned food and toilet paper, but now it's almost everything.”

Health minister Zweli Mkhize has announced that the number of confirmed cases of Covid-19 has increased to 709 cases over night.
News
2 years ago
Next Article