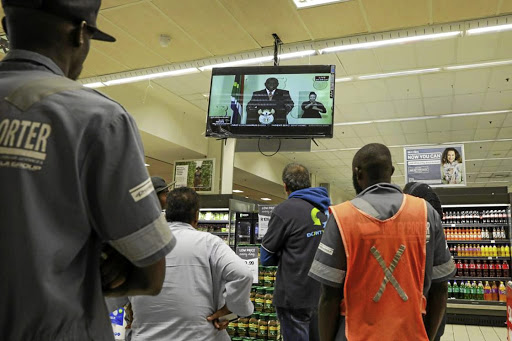 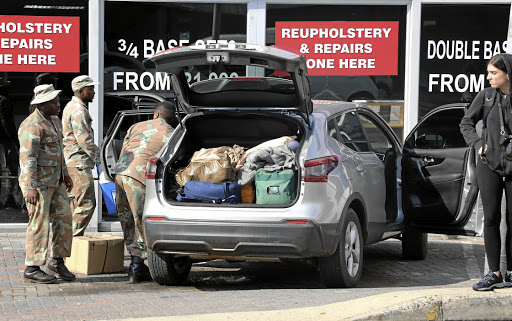 He urged the nation to stay at home as he dramatically escalated government's response to the global pandemic by declaring a 21-day lockdown starting on Thursday night.

The number of confirmed Covid-19 cases has risen to over 400 since Ramaphosa
declared a national state of disaster a week ago.

Ramaphosa said it was clear from the development of the disease in other countries and SA's own modelling that "we need immediate, swift and
extraordinary measures if we are to prevent a human catastrophe of enormous proportion in our country".

"Our fundamental task at this moment is to contain the spread of the disease. I am concerned that a rapid rise in infections will stretch our services beyond what we can manage and many people will not be able to access the care that they need," he said.

"We must therefore do everything within our means to reduce the overall number of infection and to delay spread of infection over a longer period.

"I am announcing a nationwide lockdown from Thursday. If we do not... this will have a considerable impact on people's livelihoods and delaying action will have greater impact on lives."

The number of confirmed Covid-19 cases in SA are on the rise and the country is preparing for the worst.
News
2 years ago

Ramaphosa said the lockdown will commence from midnight on Thursday, March 26 until April 16. He said the National Command Council which he chairs has decided to enforce a nationwide lockdown for 21 days.

"This is a decisive measure to save lives of South Africans from infection, and save the lives of hundreds of thousands of our people," Ramaphosa said.

"While this measure will have a considerable impact on people's livelihoods, on the life of our society and on the economy, the human cost of delaying this action would be far far greater.

"All South Africans should be home. Only health workers, emergency services, security services including police and soldiers, production, distribution and supply of foods, banking services, maintenance of power stations, laboratories."

Ramaphosa said individuals will not be allowed to leave their homes unless they are attending to health facilities, buying groceries, and collection of grants. Banks will be open along with grocery shops, while Johannesburg Stock Exchange will continue to operate along with pharmacies.

The nationwide lockdown will be accompanied by a public health management programme which will significantly increase screening, testing, contact tracing and medical management.

If you are avoiding the shops or are unable to leave your home during the Covid-19 lockdown, it is worth knowing what your online shopping options ...
Business
2 years ago

"To ensure that hospitals are not overwhelmed, a system will be put in place for centralised patient management, for severe cases and decentralised primary care-temporary shelter that meet hygiene standards will be identified for homeless people.

"Sites are also being identified for quarantine and self-isolation for people who cannot do it at their homes."

The President's announcement came in the wake of SA National Defence Force soldiers being spotted on the streets of Johannesburg apparently preparing to support government departments their efforts to enforce strict measures taken to control the spread of Covid-19.

An SANDF memo which circulated on social media said the SA Army Infantry Formation (foot soldiers) have been requested to mobilise and prepare for deployment across the country under the operational command of nine regional command centres.

The memo called for the foot soldiers to "prepare, provide and sustain one sub-unit per province" in support of other state departments from March 23 until (coronavirus) outbreak is contained.

Yesterday, the army confirmed via Twitter that army personnel gathered in Johannesburg was part of their mobilisation to support government.

The soldiers were spotted outside the Rand Light Infranty building on Jan Smuts Avenue in Johannesburg.

When Sowetan arrived there was an army truck outside the building, with people dressed in fatigues fetching bags from the back of a white bakkie.

Other reserves were walking into the property while a woman in a mask was helping others with their luggage.

Ramaphosa also announced that a fund (www.solidarityfund.co.za) has been set up for people to deposit monies into the account that will be administered by a reputable team of people.

"To get things moving, government is providing seed capital of R150m and the private sector has already pledged to support this fund with financial contributions in the coming period. We will be spending money to save lives and to support the economy," Ramaphosa said.

"In this regard, we must applaud the commitment made in this time of crisis by the Rupert and Oppenheimer families of R1bn each to assist small businesses and their employees affected by the coronavirus pandemic."

Telkom ramps up measures in anticipation of coronavirus lockdown

Network operator Telkom has announced pump R15m to bolster the country's primary healthcare in the battle against Covid-19.
News
2 years ago

Club's village now on lockdown.
Sport
2 years ago
Next Article