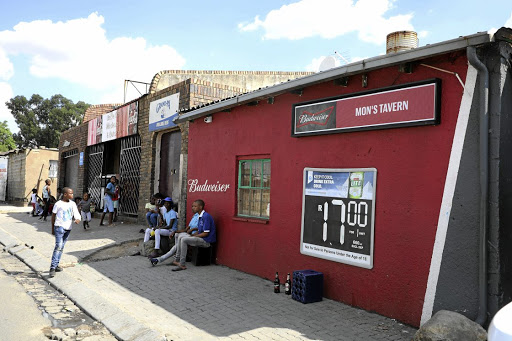 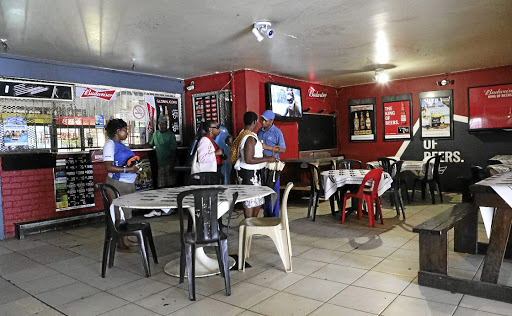 New regulations on the sale of alcohol introduced to control the spread of coronavirus will hit owners of taverns, pubs and eateries the hardest.

Owners of several outlets including restaurants and nightclubs in Johannesburg told Sowetan that they could be forced to close shop if the restrictions persist.

The regulations restrict the number of patrons to less than 50 and confine trading hours for alcohol to between 6pm and 9am.

In Alexandra, owner Sam Kekana of Sam's Tavern said the new trading hours would benefit bottle stores and force them to shut down their businesses.

"Our trading hours are up to 2am and people start coming after the bottle stores have closed. I have six people who are working here and I will have to let go of them because I won't be able to pay them. It is even worse on Sunday when we are required to operate for three hours," Kekana said.

There are fears of possible coronavirus exposure in the Presidency after a staffer was sent home for self-isolation and testing.
News
2 years ago

Another tavern owner, Monica Motheohane, said most taverns would close down as they won't be able to pay their bills. "We don't have customers during the day and we will have to close when they start coming. [President Cyril] Ramaphosa should have given us until 9pm," she said.

Flame Washa, who owns three clubs in Soweto, said he will lose about R250,000 on the weekends.

"I have about 300 people who are working at my clubs and this means I have to let go of some of them. I do agree with the safety measures but why the shutdown of clubs, taverns and restaurants? We will not be able to provide salaries to our employees. I feel that if our government is fair enough and worried about citizens' safety, they should shut down all operations in the country," Washa said.

Chris Macedo, who runs a tavern in Hillbrow, described the new rules as "ridiculous".

"It's ridiculous but we have to adhere because health is more important than money. This is going to run us into the ground because we won't make a living," said Macedo.

"Things are slow during the day because people are at work. They come to taverns after 6pm and that's when we make money. This is just going to cripple us."

There are fears of possible coronavirus exposure in the Presidency after a staffer was sent home for self-isolation and testing.
News
2 years ago

Forbes Jumo, a general manager at Sakhumzi Restaurant in Orlando West, said they started feeling the pinch before Ramaphosa declared the spread of coronavirus a national disaster.

"Businesses on Vilakazi Street cater for European customers who come to SA as tourists. That's how we make money. Our establishment is a 450-seater and has a staff complement of 100. On a normal Thursday afternoon we cater for around 150 patrons. But today we just have two customers," Jumo said.

"We will not need to adhere to having less than 50 patrons per sitting because we [are] struggling to get more than 20 into the restaurant."

Nombuso Ngwenya, who runs a shebeen in Pimville, told Sowetan she will also be forced to close shop.

"This is my only source of income. I am able to put food on the table and dress my children through this business. It will be difficult, but I don't know what will happen on weekends when people get paid. I know there are some shebeens that won't close at 6pm and will have more than 100 patrons," Ngwenya said.

The SA Medical Association will hold a question and answer session on the coronavirus pandemic on Thursday evening.
News
2 years ago

Working from home becomes reality, thanks to coronavirus

Thanks to the growing fears around the rapid spread of coronavirus, many professionals have been ordered by their employers to start working from ...
Opinion
2 years ago

Coronavirus cases have surged past the 100 mark after 31 people tested positive for the novel COVID-19.
News
2 years ago
Next Article