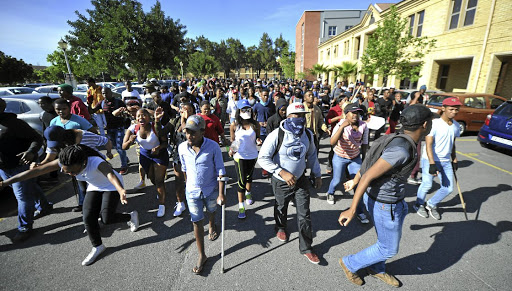 A university that failed to comply with a court order compelling it to give 229 staff pay rises has avoided a fine after the vice-chancellor ate humble pie.

Prof Chris Nhlapo, of the Cape Peninsula University of Technology (CPUT), told a labour court judge he was "furious" last November when he learned a month-old arbitration order had been ignored by two directors at the university.

The CPUT staff involved in the case asked judge Hilary Rabkin-Naicker to fine CPUT for its contempt of court.

But the judge said there had been no malice on the part of the university or Nhlapo.

"Certain employees of [CPUT] were knowingly avoiding compliance with the [Commission of Conciliation, Mediation and Arbitration] award, [but] the institution itself [at the level of management committee and the vice-chancellor] were not aware of the contempt of court," she said in her judgment.

"The court, however, expresses its displeasure by means of a declaratory order and an order for costs."

Parliament has called for the immediate resolution of the dispute between the City of Cape Town and refugees who were located outside the Central ...
News
1 year ago

Last week we witnessed parliament descend into chaos - men from two of the top three major political parties in our country used gender-based ...
Opinion
1 year ago

Some of them were also regraded and given new job titles as part of a two-year process of harmonising the employment conditions of more than 900 staff who were insourced as a result of #FeesMustFall protests.

In court papers, Nhlapo said the director of risk and protection services had advised him about the arbitration agreement, and told him it would be implemented.

"When the institution failed to comply with the agreement, the matter was never reported to me or in any management committee meeting by either [the director of risk and protection services] or [the director of employee relations]," he said. "When the [contempt of court] order was served on me on 20 November 2019, I immediately called the two respective directors and required an explanation as to what had transpired in this matter.

"I was furious to learn that this matter had advanced to a level of a contempt of court order without it ever having been brought to my attention or that of the management committee."

Nhlapo said he then learned that staff responsible for implementing the agreement delayed taking action because they believed it would have a negative impact on a separate retrenchment consultation process.

The court heard that since the contempt of court order was served on CPUT, progress had been made in correcting salaries.