Johannesburg closes down its public facilities, including the zoo 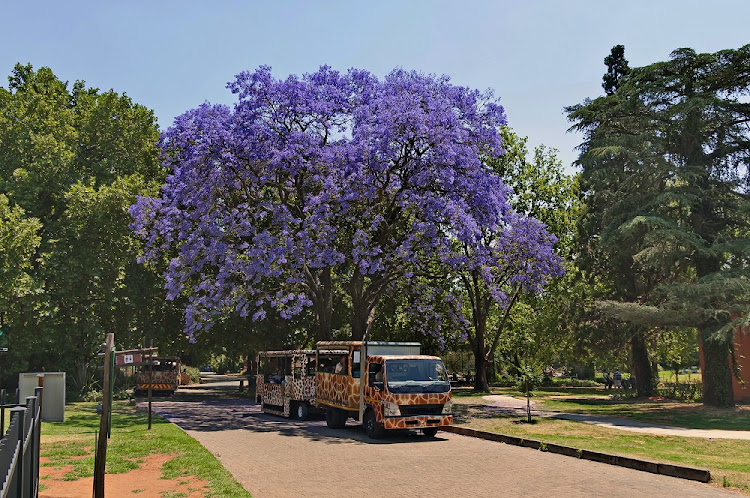 Johannesburg close down its public facilities, including the zoo.
Image: 123RF/ Ilko Iliev

Public swimming pools, stadiums, theatres, libraries and sporting facilities have all been closed in Johannesburg amid the coronavirus outbreak.

Johannesburg Zoo has also closed as the city is trying to curb the potential spread of coronavirus that has now affected at least 116 people across the country.

Gauteng remains the epicentre of the virus accounting for 52% of the confirmed cases.

Johannesburg has a population of over 5.5million people and mayor Geoff Makhubo has announced stringent measures to curb the spread in the city.

Among the measures was also that Metro and Rea-Vaya buses would also scale down on its operations as well as the capacity and would be sanitised regularly.

“Metro Bus and Rea-Vaya bus services are to drastically scale down operations in accordance with a principle of one person per two-seater and two people per three-seater bench,” Makhubo said.

“All buses will be sanitised once every 24-hours and washed twice a day. Sanitisers will be provided for commuters on buses and at ticket offices and depots.”

Cash payments on these buses has also been suspended and commuters are advised to get tags which have been provisionally made free.

He said Johannesburg has a high density popiulation where a large number of people live in informal settlements and that the city has now been organised in seven regions which would cover nodal points such as the Johannesburg inner-city, Ennerdale, Fourways, Lenasia, Midrand, Randburg, Roodepoort, Sandton and Soweto.

The Gauteng government is ready to enforce the 100-people gathering ban.
News
1 year ago

“The city’s approach is thus to prevent, contain and manage the spread of the Covid-19 through efficient and equitable deployment of resources to regions and the most vulnerable areas, particularly areas of high volumes in human traffic and informal settlements and densely populated settlements,” Makhubo said.

He also said that instead of applying the regulation to close taverns, bars and nightclubs between 6pm and 9am, they would “strongly encourage” them to fully shutdown and only “limit themselves to providing off-premise consumption”.

These are the decisions taken by the Johannesburg mayoral committee:

The Mayoral Committee in line with the above background has thus taken the following decisions:

* The 79 clinics within the City have received protective equipment and personnel have been briefed on how to manage and handle suspected and/or otherwise confirmed cases of Covid-19 in line with the national and provincial guidelines and protocols.

* Clinical teams are being deployed to support the elderly and vulnerable persons through-out the City. This includes assisting the tracking and tracing efforts of those who have potentially been exposed to persons confirmed as infected with the virus.

* All events approved by the Joint-Operations Centre of the City have since been cancelled and approval provided, revoked. This is in line with the Presidential pronouncement on events and gatherings exceeding 100 persons.

* The Joburg, Soweto and Roodepoort theatres have been directed to postpone all shows and activities until further notice.

* All public swimming pools, recreational and civic centres, stadiums, libraries, sporting facilities and the Johannesburg Zoo are to be closed until further notice.

The country's largest teacher union, the Sadtu, has demanded that provincial education departments allow teachers to go on leave from 11am today ...
News
1 year ago

* Metro Bus and Rea-Vaya bus services are to drastically scale down operations in accordance with a principle of one person per two-seater and two people per three-seater bench. All busses will be sanitised once every 24-hours and washed twice a day. Sanitisers will be provided for commuters on buses and at ticket offices and depots. Cash payments for trips are suspended and commuters are encouraged to get tags, which will be issued free of charge during this period.

* Our Tourism Information Centres will be closed from March 18 until the City has finalised the provision of protective equipment and protocols for employees employed at the centres in Nelson Mandela Square, Johannesburg Park Station and Sandton Gautrain station and in Soweto.

* Our Disaster Management Centre has been activated and will be monitoring the implementation of our counter measures and response to cases reported and suspected cases. All City departments will deploy resources to the centre to provide 24-hour monitoring and support over an initial period of seven (7) days.

* The City has also decided to strongly encourage bars, nightclubs, taverns, restaurants, cinemas and other areas of public entertainment to immediately cease operations and limit themselves to providing off-premise consumption.

* The Johannesburg Metropolitan Police Department (JMPD) has been directed to monitor and enforce strict adherence to the guidelines outlined as per the declared National State of Disaster.

The City welcomes those establishments that have on their own accord taken the necessary preventative measures to cease operations in light of the Covid-19.